All these foreigners had attended the controversial markaz event in Nizamuddin 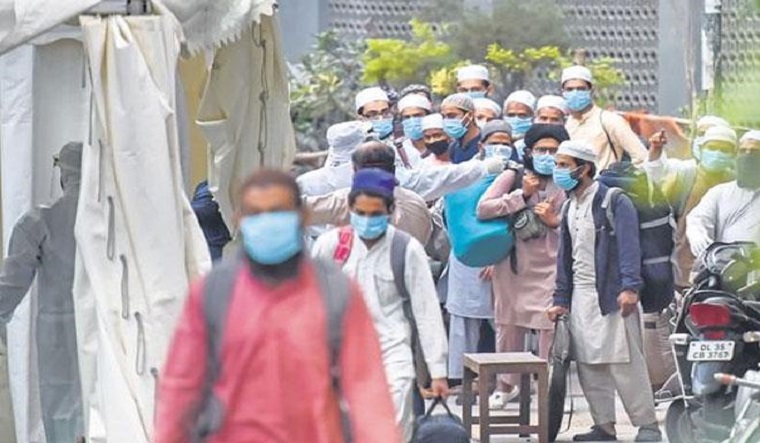 The Delhi Police on Wednesday confiscated the documents, including passports, of around 700 foreigners who attended the religious event held by Tablighi Jamaat at Nizamuddin area of Delhi.

The congregation held in March and attended by thousands of people had run into controversy after many of the attendees tested positive for COVID-19, leading to a huge spike in the number of cases in the country.

Last month, the Ministry of Home Affairs (MHA) had blacklisted 960 foreign Jamaat followers in the country for flouting visa norms. According to the ministry, these people were present in India on tourist visas, but involved in the activities of the missionary.

The MHA had also directed the DGPs of all states and Union territories and the Commissioner of Police, Delhi to take necessary legal action against such violators, on priority, under relevant sections of the Foreigners Act, 1946 and Disaster Management Act, 2005.

Delhi Police's Crime Branch had on March 31 lodged an FIR against seven persons, including Tablighi Jamaat leader Maulana Saad, on a complaint by Station House Officer of Nizamuddin police station for holding the congregation in alleged violation of the orders against large gatherings to contain the spread of coronavirus. On May 5, the Crime Branch had interrogated Saad’s son and sought details about 20 people who had attended the event.

The Enforcement Directorate has also filed a money laundering case against Saad, trusts linked to the Jamaat and others.

On Monday, a plea was filed in the Delhi High Court seeking direction for forthwith transfer from Delhi Police to NIA the investigation of a case lodged against Saad.

The plea, filed through advocate Yash Chaturvedi, alleged that “from media reports and evidence so far collected by Delhi Police Crime Branch, it is now axiomatic that Maulana Saad and his henchmen conspired to spread and transmit coronavirus in different parts of the country, with oblique and ulterior motive of causing massive deaths all over the country and thereby to derail the Government of India in preventing the deadly disease”.

Last month, the Union health ministry had said that nearly 30 per cent of the COVID-19 cases reported in India were linked to the Tablighi Jamaat's markaz event.