Dhaval Patel, editor of Face of Nation, was arrested late on Monday night 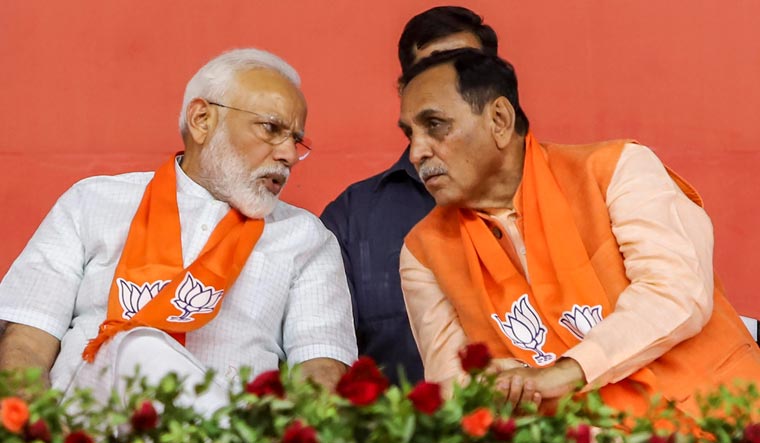 The Gujarat Police has arrested Dhaval Patel, editor of an online Gujarati news portal, Face of Nation, and booked him for sedition for allegedly publishing a speculative report on possible change of guard in Gujarat.

According to information, Dhaval Patel was arrested late on Monday night.

The report had suggested a possible change in leadership due to criticism over rising number of COVID-19 cases in Gujarat.

An FIR has been lodged and he has been booked on charges of sedition.

Dhaval Patel claimed that Union Minister Mansukh Mandaviya was summoned by the BJP high command and that he was likely to replace Gujarat Chief Minister Vijay Rupani. Mandaviya is an MP from Gujarat.

After the report in Face of Nation, several other publications wrote about the speculations of the chief minister being changed.

According to sources, apparently Patel was the first to report the rumour.

Following the claims, Mandaviya had taken to Twitter to say that the Vijay Rupani government is strongly dealing with COVID-19 and that there was no question of a change in leadership.

Several journalists and politicians have taken to social media to condemn the arrest and sedition charges.

Addressing Rupani, national Congress spokesperson Shaktisinh Gohil tweeted that if criticising his leadership was a crime, then why not register a case against BJP Rajya Sabha MP Subramanian Swamy. The BJP leader in a tweet on May 8 had said that  "Gujarat can be stabilised for Coronavirus Casualty numbers only if Anandibehn Patel returns as CM" (sic).

Hemant Shah and Mahesh Pandya of Gujarat Social Watch, a forum of like-minded people in Ahmedabad, said that the arrest of the journalist is in violation of India's Constitution and the BJP's constitution.

Condemning the move, they said general peace was not being affected by writing about a change of guard. They demanded that Dhaval Patel be released unconditionally.