Full list of trains that will run from May 12: How to book, the journey fare and more 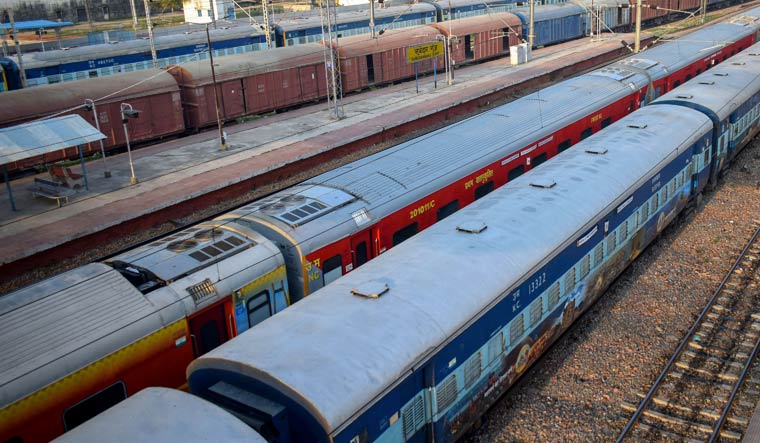 The Indian Railways will resume passenger train services from May 12, and have requested passengers to arrive at the station at least an hour before departure. Initially, the all air-conditioned services will begin on 15 Rajdhani routes and the fare would be equivalent to that of the super-fast train, it said. Unlike Shramik Specials, in which only 54 passengers were allowed in every coach instead of the regular 72, these trains will run on full capacity, but no concession in fare is likely to be allowed.

A total of 15 special trains (30, considering the return) will run, connecting:

When will the booking start and what will be the fare?

Booking for reservation in these trains will start at 4 pm on May 11 and will be available only on the IRCTC website (www.irctc.co.in). The fare will premium, based on Rajdhani rates, and These tickets, officials told the news agency PTI, would have details of the 'dos and don'ts' passengers need to follow—such as arriving at the station at least an hour in advance for screening and other coronavirus protocols, mandatory use of masks and the Aarogya Setu mobile app. It will be mandatory for travellers to wear face cover and undergo screening at departure and only asymptomatic passengers will be allowed to board the trains. Officials also said that there would be no provision of 'tatkal' and 'premium tatkal' accommodation. They also said that there will be very few stoppages during the journey. Also, no 'current booking' will be allowed, an official said.


What is the Railways plan?

All passenger services were suspended due to a lockdown announced on March 25 and the railways later started the on-demand Shramik Specials to ferry migrants stranded across the country. It, however, has been running freight and parcel services. After the resumption of these 15 services, railways will start more trains on new routes, based on availability after reserving 20,000 coaches for COVID-19 care centres and an adequate number for running up to 300 Shramik Specials every day.

Ticket booking services at stations will remain closed and no counter tickets (including platform tickets) will be issued. Only passengers with valid confirmed tickets will be allowed to enter station. Officials said passengers travelling in these trains may not be given blankets and linen to reduce the chances of the spread of coronavirus. There will be special norms for the air-conditioning inside the coaches and temperatures will be kept slightly higher than the usual and maximum supply of only fresh air will be ensured.

Railways was initially given the nod to run Shramik Specials by the Home Ministry but officials said they now have the approval to resume other services. They said even after the lockdown ends on May 17, services will resume gradually.