MP, UP were among the first states to ease the stringent labour laws 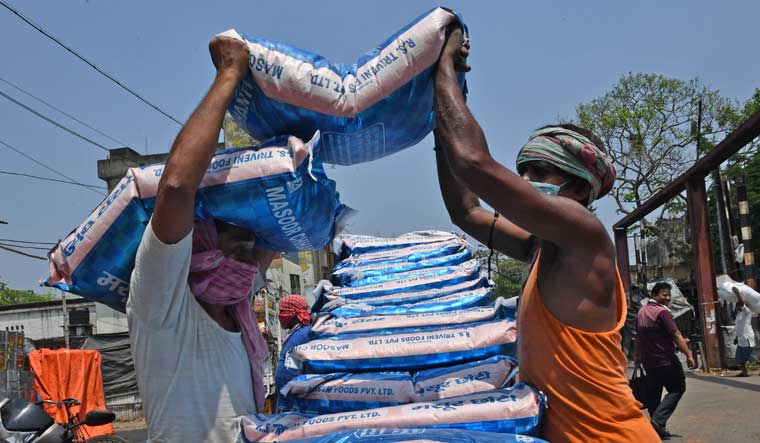 Within a week of Prime Minister Narendra Modi chairing a meeting to work out strategies to boost investments in the country, the BJP-ruled states have taken the lead to initiate reforms, primarily in the labour and the agriculture sector. Shivraj Singh Chouhan-led Madhya Pradesh and Yogi Adityanath-led Uttar Pradesh became the first states to ease the stringent labour laws to help the industry grow, and even attract new investors who may be looking for an alternative to China.

Gujarat and Karnataka, too, are moving in the same direction of easing the labour laws, which will allow workers to work for 12 hours and reduce the supervisory provisions of the state labour departments. More states are expected to follow suit by creating an enabling environment for the industries to operate, create jobs, and enjoy flexibility to run their operations. Some economists are already referring to them as the next-generation reforms.

Shortage of labour is already expected as migrants are returning to the native places and may stay there for a few months. The reforms may allow industry to expand, work for longer hours, and not worry about inspections by the labour department.

These reforms are being initiated by the states so that the Centre does not have to take a politically-sensitive step as it would lead to stringent opposition. Rather, the Centre would announce stimulus package, which may nudge the states to undertake reforms. As the BJP-ruled states have taken the lead, it would put pressure on the other state governments to ease certain laws to invite investors. The alacrity with which these state governments have pushed the reforms during the COVID-19-induced lockdown, is expected, since such reforms, otherwise, would have attracted protests.

Apart from the labour reforms, the Madhya Pradesh government, which is a little over a month old, has amended the APMC (Agriculture Produce Marketing Committee) Act. It allows the private sector to procure farm produce. Earlier, the Centre had advised that APMC Act be suspended in wake of the pandemic so that farmers are able to sell their produce. The APMC Act was brought to check the exploitation of the farmers by big retailers. Farm produce was only sold at government-approved mandis with minimum support price. The farm unions are apprehensive that this may lead to farmers being short changed in the long run.

Many of these reforms are pushed by the Niti Aayog as it had created the model APMC Act, which has been adopted by Madhya Pradesh. Niti Aayog sources said, more reforms are in the offing.

Modi has been meeting with the individual ministries where his main focus is that reforms should be pushed ahead, and pandemic should not slow down the process. During his meeting with the defence ministry, he pushed for reforms “to ensure a robust and self-reliant defence industry in India that caters to short and long term needs of the armed forces and initiatives to give a boost to the economy in the backdrop of COVID-19”. Modi insisted on reforming the functioning of the ordnance factories, encouraging R&D and attracting investment in critical defence technologies and promotion of exports.

During his meeting on the financial sector, Modi stressed on the need to strengthen major structural reforms in the areas of corporate governance, credit markets and infrastructure sectors. Dwelling on the issue of welfare of workers and the common man, he pointed out the need to generate gainful employment opportunities by helping businesses overcome difficulties due to disruptions caused by COVID-19.