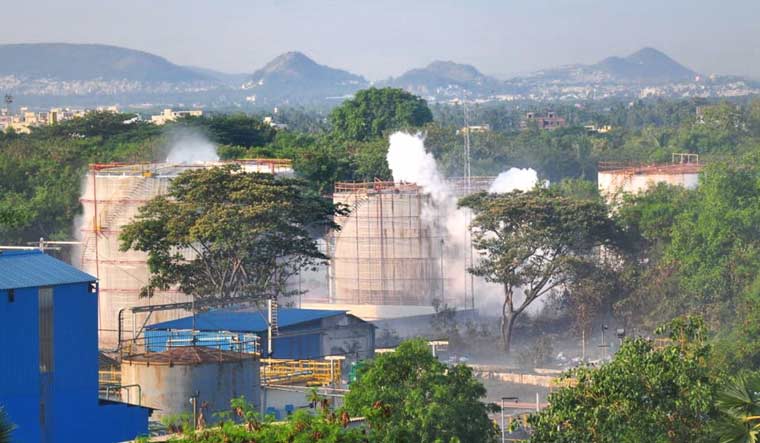 The gas leak at a polymer plant in the wee hours of Thursday has led to more than half a dozen casualties, revealed officials involved in probing the accident at Visakhapatnam. Between 2.30 and 3am, a chemical, Styrene, escaped the outlet at LG Polymers plant located in Gopalpatnam and spread in one direction. Between 3 and 4.30 am, the impact of the gas was felt in Venkatapuram, an urban village which is located close to the unit.

The latest confirmed death toll is 10. Dozens continue to be on ventilator and oxygen support at various hospitals.

The time of the mishap proved deadly for the residents as most were in deep sleep. Women, children and elderly seem to be the worst affected. It is learnt that those who died or are in serious condition inhaled the poisonous gas while asleep. “Had it been daytime, the residents would have been alert. The residents, well aware of the industrial plant in the vicinity, would have tried to escape. The number of deaths would not have been this high,” said an official involved in the rescue operations at the village.

It is has been observed that 70 per cent of the 300 patients admitted in the King George government hospital and other private hospitals are women, children and elderly. The officials also feel that another reason why this happened was because men in the village are likely to be more resistant to the chemicals. “This village is located close to plant. Many of the men of the village work there. Their system can tolerate chemicals more than women and children,” said a doctor treating the patients.

The issue was identified after people who came out for early morning walks complained of suffocation. A few who rushed out of their homes upon sensing the toxic gas lost consciousness. At some places, people hurriedly tried to leave the village, but the discomfort rendered them immovable. As panic gripped the village, two people died—one by falling from a building and another one slipping into a well, after losing control over his senses.

Amid the chaos, the police tried to enter the village. “We received a complaint and the police teams were on round before 4am. Our staff faced problems as soon as we entered the village. Some of us could not breathe and felt dizzy but we continued our operations of evacuating people,” said Swaroopa Rani, ACP, Vizag East.

The police, NDRF, fire service and the Indian Navy are currently involved in rescuing and evacuating villagers in seven urban localities near the plant. Around 1,500 villagers have been evacuated from Venkatapuram. The Greater Vizag Municipal Corporation tried to reduce the effect of the gas by blowing water through blowers and public address systems.

The state government has said that the situation is under control and the leakage has been plugged. The officials also said that the concentration of the gas in the area has come down.

Speaking to the media, Andhra Pradesh Industries Minister M. Goutham Reddy informed that the leak happened because a raw material, in the form of liquid, stored at the plant took gaseous form, and spread out from the storage tank. He also said that the management will be asked to shift the plant as it is near habitation and close to the city.

The plant was established in 1961 and changed hands before LG Polymers took over.