Before 'Vande Bharat': In 1990, India conducted largest ever citizen evacuation in Kuwait 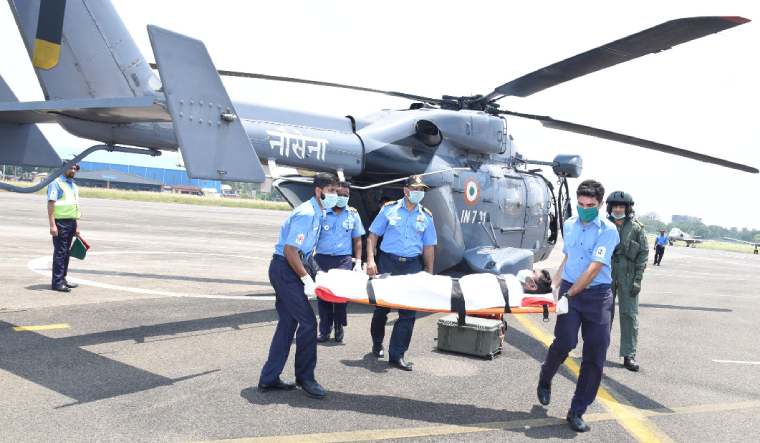 Over a week from May 7, Air India will operate 64 repatriation flights for Indians stranded abroad, while the Navy deployed two ships, as India rolled out a massive evacuation plan to bring back thousands of its nationals stranded abroad due to the coronavirus-triggered lockdown. From the Gulf countries to Malaysia and the UK to the US, the multi-agency operation christened 'Vande Bharat Mission' will see the state-owned airline operate the non-scheduled commercial flights till May 13 to ferry around 15,000 Indian nationals from 12 countries.

Launching Operation Samudra Setu (Sea Bridge), the Indian Navy despatched two ships to Maldives capital Male to commence the first phase of the evacuation operations from May 8. The evacuated people will disembark in Kochi. The first Air India flight will be from Abu Dhabi in the UAE carrying around 200 passengers with the destination Kochi. As many as 10 flights are being operated on the first day.

The immediate focus of the multi-agency operation christened 'Vande Bharat Mission' will be to bring back Indians from the Gulf, countries in the neighbourhood as well as from the US, the UK and Singapore. According to estimates, around 1.4 crore Indians are staying in various parts of the world, and 3 lakh from the Gulf countries have opted for return. Over 10,000 Indians in the Gulf region are estimated to have contracted coronavirus while 84 of them have died.

The massive scope of the operation brings back memories of the 1990 Kuwait War, when the VP Singh government carried out the biggest citizen evacuation ever in recorded history, bringing 1.5 lakh stranded Indians back to safety by flight. It was done in a period of 59 days, from 13 August to 11 October 1990, involving almost five hundred flights.

In August 1990, when Iraqi premier Saddam Hussein invaded Kuwait, the world was shocked. But none so more than India who had lakhs of expatriates in the Arab nations, who were the most vulnerable to political instabilities in the region.

What were the reasons for the Kuwait war?

After the Iran-Iraq war ended in a UN-brokered ceasefire truce in 1988 (Iraq had launched the invasion, wanting to cease the oil-rich areas of Khuzestan lying along the countries' shared border), Iraq under Saddam Hussein found itself deeply in debt. Hussein was angry with the Arab nations for refusing to write off its loans, and claimed, in a public address, that the Arab countries were intentionally keeping the crude oil prices low. Iraq wanted the latter to reduce its oil output to increase oil prices on international markets, which in return would help debt-laden Iraq raise more money. Soon, it launched an attack on oil-rich Kuwait, over which Iraq had, over several years and across multiple governments, maintained long-running territorial claims.

How did the evacuation happen?

As 1,00,000 Iraqi soldiers coupled with 700 tanks marched into Kuwait, the Kuwaiti royals escaped to Saudi Arabia and the Indian government found itself in a fix. It could not issue an open condemnation and risk ticking off Saddam Hussein when so many of its citizens were stranded in Iraq. With a roller-coaster economy that was only just developing, India was massively dependent on Arab nations for its crude oil purposes and all of them expected India to echo their anger at Hussein's actions.

The then Foreign Minister I.K. Gujral sought audience with Hussein. When they met, Hussein embraced Gujral in a hug, photos of which went global and upset Indian allies. With permission from Hussein, India embarked on the evacuation mission.

There was a lot of expected anger among Indian expats, over the delay in evacuation, when Gujral landed in Kuwait, K.P. Fabian, then joint secretary, Gulf, told Indian Foreign Affairs Journal. "At the place where the Indian community had assembled, there was no stage or podium or even a raised platform. So [minister] Gujral stepped onto a chair and climbed onto the bonnet of a jeep! The assemblage was really angry, and remained hostile even after he started to speak. But in less than three minutes Minister Gujral made them shout Bharat Mata Ki Jai (Victory to Mother India). This was indeed a remarkable feat. We explained that necessary steps were being taken and evacuation would commence very soon," he said.

At first military transport was planned to be used. But, receiving air space clearances was an issue. Then they settled on civilian aircrafts, and the Indian citizens were bussed from Kuwait through Iraq and to the borders of Jordan. "The airlift was taking place from Amman airport: Baghdad was closed, Iran was out of bounds and the situation was tense. People had to come from Kuwait to Amman through Iraq, which is quite a distance and beset with problems," Fabian told IFAJ.