No Muslim among 101 arrested over Palghar lynching: Maharashtra home minister 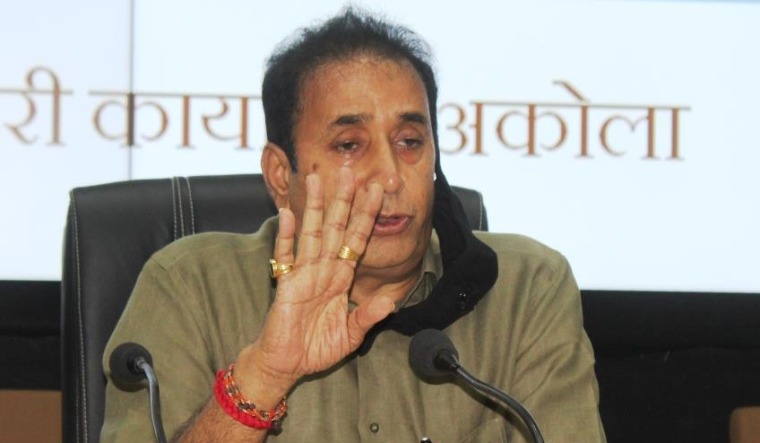 As the political blame game continues over the lynching of three people, including two Hindu seers, in Palghar last week, Maharashtra Home Minister Anil Deshmukh downplayed a communal angle to the incident.

Deshmukh was quoted by news agency ANI on Wednesday as saying there were no Muslims in the "list of 101 people arrested" over the incident. Deshmukh declare the 101 people were arrested within eight hours of the incident and that their names would be released. He added that a "special officer of IG rank" in the CID was investigating the Palghar lynching.

Referring to contentious video clips that apparently contained the word ‘Shoaib’, a Muslim-sounding name, Deshmukh pointed out that, "There was a sound heard in the video, 'oye bas'; people circulated it online and some called it 'Shoaib bas'."

On Tuesday, The Quint reported that the videos about 'Shoaib' had been extensively circulated to fan claims of Muslim involvement in the Palghar lynching. The Quint quoted Gaurav Singh, PRO of the Palghar SP, as saying, "no 'maar Shoaib maar' slogans can be heard in the videos".

Palghar police had arrested a total of 110 people over the lynching, including nine juveniles.

The NHRC sent a notice to the Maharashtra police chief on Tuesday in connection with the lynching of three persons in Palghar district.

In a statement, the NHRC said it has called for a detailed report in four weeks, including inputs on the action taken against the culprits and relief, if any, granted to the next of kin of the deceased.

“Based on a complaint in connection with the incident, a notice was issued to the Maharashtra director general of police (DGP) over the mob lynching of three persons in the presence of police personnel in Palghar district on April 16,” the NHRC statement said. The commission has observed that the incident is apparently indicative of "negligence by the public servants".

The death of the three persons in such a cruel manner by an unruly mob, that too during the ongoing countrywide lockdown under extra vigil by the administration and police, amounts to "gross violation of the right to life of the victims", the NHRC said.