After assault on cops in Punjab, police team attacked in Haryana 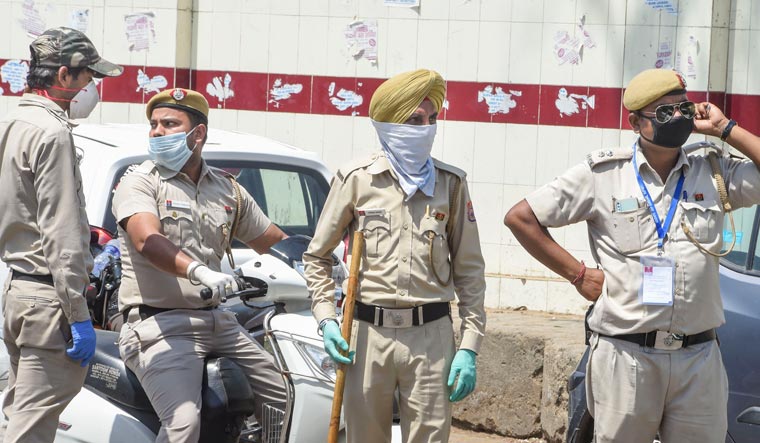 Close on the heels of the attack on cops in Patiala district in Punjab, a police team was attacked in Tauru block of Nuh district of Haryana as they tried to reason with a group of men who violated the lockdown.

In the incident, which took place on Sunday night, the youth snatched the lathis of two cops and beat them up. They also injured a local SHO with stones as he came with additional force to help the two policemen. The men fled and the police have managed to nab six persons out of the 11 accused.

According to police, head constable Anil Kumar and special officer Nirajan were patrolling when they saw the accused standing in a lane. The duo got off their bike and asked the group to respect the lockdown and go back home. Refusing to comply with the request, the group had a heated argument with the policemen that soon led to blows.

A video, which has gone viral, shows one of them snatching a lathi and beating the cop. The injured policemen stumbled back to the police station. The local SHO Ajit Singh reached the spot with a police team, but the group of young men started pelting stones at the personnel on duty, leaving the SHO injured.