Lockdown to be extended by 15 days, but some relaxations likely on economic activities 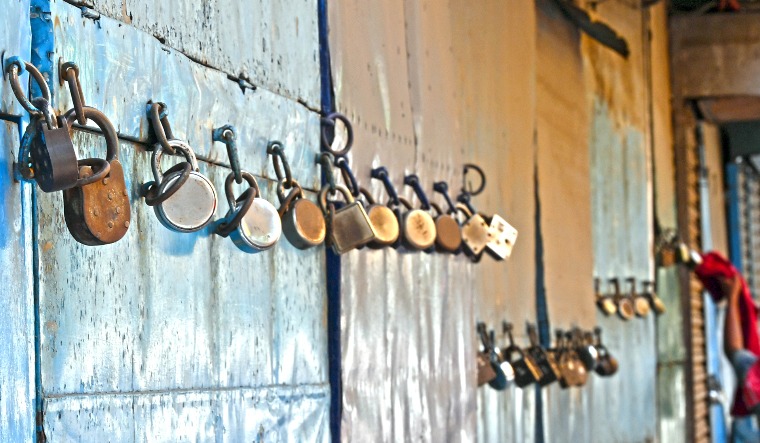 Prime Minister Narendra Modi on Saturday told the chief ministers that the government will extend the lockdown for another two weeks till April 30 as the county has entered a crucial stage in its fight against COVID-19. He emphasized the criticality of the coming weeks for determining the impact of the steps taken till now to contain the virus, adding that the teamwork is the key to tackle the challenge.

But given the economic crisis and the hardships faced in carrying out the farming activities, the Centre may relax some of the stringent guidelines when it officially announces extension of the lockdown. Based on Centre's inputs, many states have already relaxed movement of farmers, and put in place a mechanism for procurement of grains during the harvest season starting next week. On its part, the Centre may suggest to states for limited opening of some business establishments and government offices after ensuring strict enforcement of social distancing norms.

Talking about the 'exit plan' from lockdown, Modi said there seems to be a consensus among the states on extension of lockdown by another two weeks. He advised that some MSMEs, who have facilities to host limited number of workers inside the factories, have food, and maintain social distancing, can be allowed to function. This will curtail the requirement of workers to travel, if they can stay inside such establishments.

During his second address to the nation, Modi had said 'jaan hai to jahaan hai' (if there is life, there is world). This time during his interaction with the CMs, he modified it to ‘jaan bhi jahaan bhi’ (life and world, too). This hinted that the government was shifting its focus from saving lives to saving livelihoods, too. As stringent lockdown has resulted in loss of livelihood and increased humanitarian crisis, the guidelines may take into account in giving some relief, which will be known in next few days.

Some states have also suggested that they be allowed to give certain relaxations in their respective areas based on local conditions as many parts of their states are free from coranavirus infection. But most of them were unanimous that transport should not be allowed.

In his third video conference with the chief ministers, Modi too came wearing a mask. It was a gamcha which he wrapped around his face. Many other CMs too wore masks while attending the meeting. In their revised guidelines, most of the states have made wearing of masks compulsory for people.

Emerging after the meeting, most of the CMs, including Mamata Banerjee and Uddhav Thackeray, announced extending the lockdown in their states till April 30. Delhi CM Arvind Kejriwal was the first to break the news on Twitter as he said the prime minister has decided to extend the lockdown. 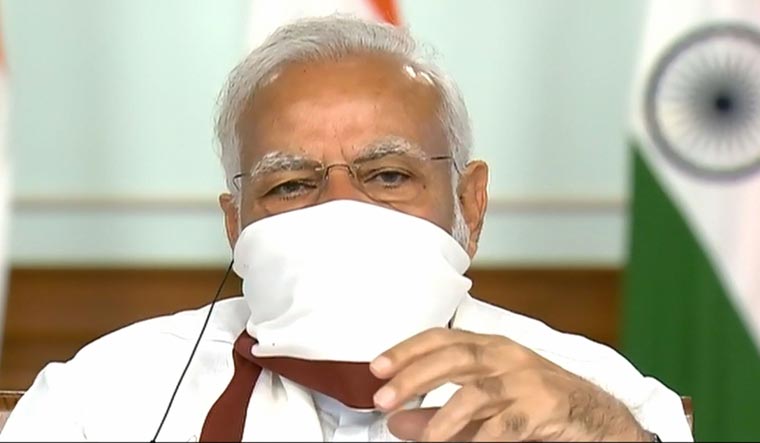 During his meeting, Modi said the the combined effort of the Centre and the states has definitely helped reduce the impact of COVID-19. “Since the situation is rapidly evolving, constant vigilance is paramount.”

The prime minister categorically assured that India has adequate supplies of essential medicines and said that measures are being taken to ensure availability of protective gear and critical equipment for all frontline workers.

He said stern action should be taken against black-marketing and hoarding. Condemning the attacks on doctors and medical staff, and the incidents of misbehaviour with students from northeast and Kashmir, the prime minister underlined that such cases need to be dealt with firmly.

Modi talked about strengthening healthcare infrastructure and reaching out to patients through tele-medicine. He also suggested that direct marketing for farm produce be incentivised to prevent crowding in mandis, for which model APMC laws should be reformed swiftly. Such steps will help farmers sell products at their doorstep.

Referring to the need of popularising the Aarogya Setu app, he gave example of South Korea and Singapore in success in contact tracing. “India has made its own effort through the app which will be an essential tool in India’s fight against the pandemic,” he said. He also referred to the possibility of the app being an e-pass which could subsequently facilitate travel from one place to another.

As the fight against the spread of COVID-19 is in crucial stage, most of the chief ministers favoured the extension of lockdown by another two weeks. They told the prime minister that farming activity be allowed, while transport services and educational institutes should continue to remain shut.

In lieu of this extended lockdown, most of the CMs, especially from the opposition-ruled states, urged Modi to compensate their states for the loss, and suggested that government increase the limit of fiscal deficit under FRBM Act which will allow them to spend more. They also raised the issue of the shortage of PPE and testing kits as they requested the Centre to make them adequately available. The chief ministers of the Congress-ruled states said the Centre should immediately help the MSME sector as they have faced the brunt of lockdown.

Punjab Chief Minister Captain Amarinder Singh recommended that the national lockdown be extended by another fortnight. The state has already extended the curfew till May 1 with all educational institutions closed till June 30.

Singh also pushed for increasing the supplies of required testing kits to conduct more tests in COVID-19 hotspots. He asked for Rs 500 crore for quick upgradation of government hospitals in the state. The state has also offered to set up the Advanced Centre for Virology in Punjab for which it will allot 10 acres. As harvesting and procurement operations are set to begin, the chief minister asked for bonus to farmers to incentivize staggered/ delayed procurement of wheat.

Chhattisgarh CM Bhupesh Baghel asked for increasing capability to conduct tests, and asked for more PPE. He advocated that the road, air and rail transport should remain suspended so that infection does not spread. He suggested that the states be allowed to take some decisions based on their local conditions to open some business establishments.

After the meeting, West Bengal CM Mamata Banerjee announced extension of lockdown in her state till April 30. She said the state will allow opening up of bakeries. Mamata said she had raised the issue of discrimination in the CSR funds during the meeting. She said the CSR funds are only being given to PM-CARES fund, and not to state CM fund, which is a discrimination.

Karanataka CM B.S. Yediyurappa said the PM will relax the lockdown in a graded manner and announce guidelines in the next two-three days. “He (PM) said if the situation does not improve then the nation should be ready for the crisis,” Yeddyurappa said.

Tamil Nadu CM Edappadi K. Palaniswami in his submission to the PM said that smooth supply of essential commodities should be allowed from other states through Railways and facilitate inter-state movement of these goods through lorries. “We should not allow a food crisis in the country. We should give total support to agriculture and I request you to announce a special package for Agriculture and Horticulture promotion. If the lockdown is extended, I request an additional funding as well as allotment of essential commodities to support the unorganised sector workers, agricultural labourers etc. They may be provided Rs 2,000 per family,” he said.

Haryana CM M.L. Khattar said his government would interact with small business firms to help them prepare social distancing committee so that they can be allowed to function.