COVID-19 cases in Bhopal rise to 74; most of them are health and police personnel 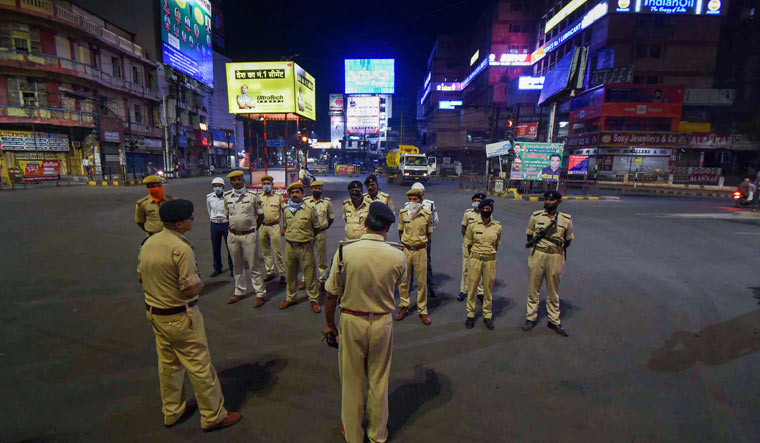 The Bhopal police on Tuesday arrested five persons under the stringent National Security Act (NSA) for attacking two policemen on duty with knives and rods late on Monday night, officials said. The police are looking for two more accused – both of them having prior criminal records.

According to police sources, the policemen were attacked in the Talaiya locality of old city when they tried to prevent a group of people from gathering in a narrow lane late in the night. Total lockdown has been implemented in Bhopal since Monday to tackle surge in COVID-19 cases during past three days.

Apart from medicines, milk and cooking gas supply, all services have been closed down in the city and people have been warned against loitering.

Chief Minister Shivraj Singh Chouhan took a very stringent view of the Monday night attack and tweeted saying that attack on the personnel who are doing their duty day and night will not be tolerated at all. He said that action will be taken against all such persons under the NSA.

Meanwhile, the worries for Bhopal did not reduce on Tuesday, too, as 12 more positive cases of COVID-19 were reported in the morning, taking the tally to 74. Five of these positives are health department personnel, while seven are police personnel, Bhopal chief medical and health officer (CMHO) Dr. Sudhir Kumar Dehariya confirmed in an official release.

The total number of officers and employees of health department who have been infected has now risen to 34 while that of police personnel has risen to 15 in the capital city.

Chouhan has ordered complete lockdown for all the districts in the state, as the number of districts where cases have been found has risen to 14. However, on the first day of complete lockdown in Bhopal, people were left scrambling for essentials as the online services for groceries and vegetables collapsed under heavy demand, sources said.