Cases would double every 7.4 days were it not for Tablighi Jamaat event: Health secy 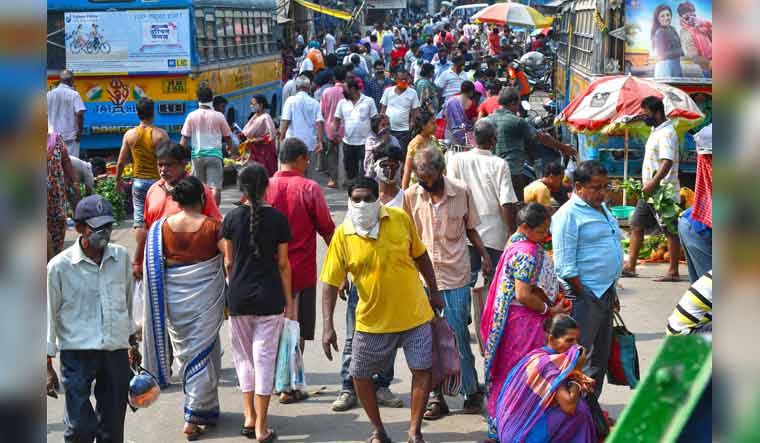 On April 5, India reported 472 new cases and 11 new deaths (in the last 24 hours), according to the health ministry. Cases in India were doubling every four days, Lav Agarwal, joint secretary, ministry of health and family welfare said at the daily press briefing on COVID-19.

Referring to the Tablighi Jamaat gathering in Delhi that has been blamed for hundreds of positive cases around the country, Agarwal said that “had the incident not happened, the case doubling rate in the country would have been 7.4 days.”

In the past week, there have been widespread attempts to give a communal colour to the epidemic, after several members who attended a Tablighi Jamaat congregation in Nizamuddin tested positive for COVID-19.

As of Sunday, 274 districts in the country had reported COVID-19 cases. The death toll had reached 79 while the total number of reported cases has reached 3,374. Cabinet secretary Rajiv Gauba has asked all districts to develop a crisis management plan for the epidemic.

Officials from “disease hotspots” such as Bhilwara, Agra, Gautam Budh Nagar, Pathanmitta, East Delhi and municipal commissioners of Mumbai today shared their experience of containing the disease at a video conference with the cabinet secretary and the district magistrates from across the country.

“Two things came up in these discussions. One, the proactive and ruthless containment plan followed by the district magistrates in these areas, and second, being prepared to the extent of being over-prepared,” Agarwal said. Strategies such as delineating the containment zone and buffer zone, door-to-door surveys, telemedicine, creating dedicated hospitals and more were also shared at the meeting, he added.

Responding to a question on whether the SARS-CoV2 was an airborne infection (as opposed to a droplet infection), Dr Raman R. Gangakhedkar, head, epidemiology and communicable diseases, ICMR, clarified that there was no evidence to suggest that that was the case.

"If it was true, then all family members of a patient who has tested positive should be positive, too. This has not been the case. Also, all patients in the hospital where a COVID patient was admitted should be positive, too. This also has not been the case," he said, adding that one ought to go by the "evidence-based approach".

The ICMR had issued guidelines for the rapid antibody test kits, and Gangakhedkar said that the kits were expected to be available with ICMR by Wednesday.

According to the latest guidelines, these tests would be used in areas reporting clusters (containment zone) and in large migration gatherings/evacuation centres.

Until now, India was doing only antigen tests; RT-PCR tests that are highly sensitive and that can detect even traces of the virus, as opposed to tests that look for antibodies. But while RT-PCR tests take a few hours, antibody tests can be done with blood samples in a few minutes.