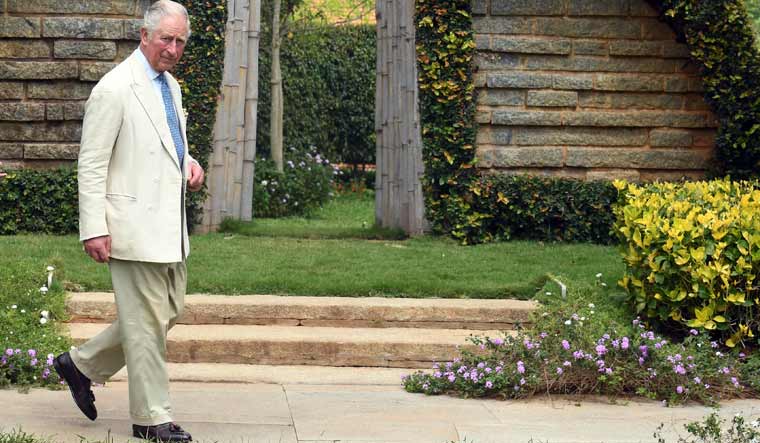 Prince Charles, who came out of self-isolation to remotely inaugurate the UK's first makeshift National Health Service field hospital in London on Friday, recovered from his COVID-19 symptoms by following NHS advice, his office said on Saturday.

Clarence House refuted reports from India which claimed that the Prince of Wales' recovery after testing positive for coronavirus last week had a link to Ayurvedic and homeopathy cure from a resort in south India.

Union Minister of State for AYUSH Shripad Naik claimed earlier this week that Dr Isaac Mathai, who runs the Soukya Ayurveda Resort in Bengaluru, told him that his treatment of "Prince Charles through Ayurveda and homeopathy has been successful".

"This information is incorrect. The Prince of Wales followed the medical advice of the NHS in the UK and nothing more," a Clarence House spokesperson said.

Charles, 71, has been a vocal supporter of Ayurveda over the years and had joined Prime Minister Narendra Modi during his UK visit in April 2018 at the Science Museum in London for the launch of a new Ayurvedic Centre of Excellence, aimed at creating a first-of-its-kind global network for evidence-based research on yoga and Ayurveda.

"You may be aware of Soukya because of its royal connections (Camilla and Charles love it here) and its high profile VIP clients. We know it as a very serious health sanctuary offering the best in Ayurveda healing a cure-it-all bolthole founded by the esteemed Dr Isaac Mathai," notes the website of the Soukya resort in Bengaluru, reportedly frequented by the heir to the British throne.

However, Naik's claim that the resort had a direct link with the royal's recovery from coronavirus symptoms this week has been dismissed.

Meanwhile, the royal continues to work from his home in Scotland and hailed the hard work of NHS staff as he opened the new 4,000-bed NHS Nightingale Hospital created on the site of the ExCel conference centre in London to add to the health service capacity in its fight against the pandemic.

"I can only offer my special thoughts and prayers to all those who will receive care within it and let us hope that it will not be too long before this terrible disease has left our land," Charles said, as he conducted the first virtual plaque unveiling in British royal history via video link.

Earlier this week, after his seven-day self-isolation period ended on Monday, he recorded a message from his desk at his Birkhall home on Queen Elizabeth II's Balmoral estate in Scotland.

He said: "Having recently gone through the process of contracting this coronavirus luckily with relatively mild symptoms I now find myself on the other side of the illness, but still in no less a state of social distance and general isolation.

"None of us can say when this will end, but it will end. Until it does, let us all try and live with hope and, with faith in ourselves and each other, look forward to better times to come".

The royal was not bedridden with the virus as he continued to "work from home" through his illness.

His wife Camilla, the Duchess of Cornwall, had tested negative for the virus at the same time but remains in separate self-isolation within the same Scottish estate until early next week, as per the government's 14-day guidance.