DM shares pictures of the youth cleaning the drain 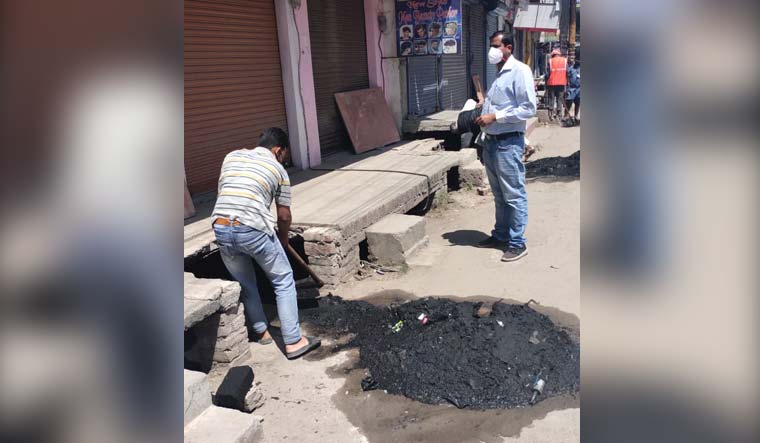 A post by the district magistrate of Rampur, showing the man who had been prank calling the COVID-19 helpline being made to clean a drain | Rampur DM Twitter

Even as the entire country is putting up a united fight against coronavirus by going under a 21-day lockdown, reports of bizarre acts from certain people continue to pour in, the latest from Uttar Pradesh’s Rampur where a man dialled the District Magistrate's number because he was craving samosas.

According to reports, the man kept on calling, even after repeated warnings, hindering the working of the authorities.

Finally, DM Aunjaneya Kumar Singh sent him samosas. But, the unwanted caller was made to do some social work as a punishment. The DM made him clean a nearby drain.

Later in a tweet, the DM shared the pictures of the youth cleaning the drain, though he refrained from revealing his name. He also warned others against making such calls at a time when the country is going through a crisis.

According to officials, the Rampur helpline is receiving many such nuisance calls since the lockdown came into force. A day before, someone called and wanted the pizza delivered at his home.

The district administration has set up a helpline to attend to the calls of the needy in want of food during the ongoing 21-day nationwide lockdown.