The Jan Sangharsh Dal seeks to represent dalits and Muslims

Months before Assembly elections in Bihar, former bureaucrat Gulrez Hoda has joined forces with dalit leader Purnamasi Ram to launch a new political party, Jan Sangharsh Dal, which has been formed with the avowed purpose of giving a voice to the disempowered sections of the society in the highly inequitable political landscape of the state. 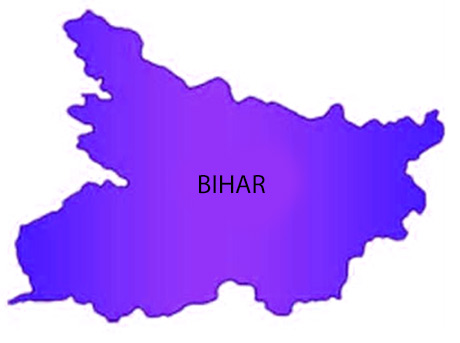 The founders of the party say that it seeks to represent dalits, Muslims and the extremely backward castes as also progressive elements in the society who need and deserve an independent voice.

“A social coalition has to be formed to politically empower the marginalised sections of the society, like the Muslims and the dalits,” said Hoda, who is a former member of the Bihar State Planning Board and was also Director at The World Bank.

The party is being promoted as a political initiative based on constitutional and fundamental rights of the people, and will focus on four main areas—education, security (policing), health and land management.

Hoda said the formation of the new party was necessitated since the existing parties in Bihar have failed to provide the basic services to the people and are not in sync with their aspirations, having only treated them as vote banks.

“The BJP's Hindutva agenda does not satisfy the basic aspirations of the people. The JD(U), which at one time was seen as an option by the marginalised sections, has lost its credibility by its association with the BJP and its double-pronged approach to CAA and NPR-NRC. On the other hand, the Congress is far placed from the realities on the ground. And the RJD is not the RJD of the old, with Lalu Yadav in jail, the leadership confusion in the party and the Yadavs emerging as the new empowered landlords,” said Hoda.

He said the party will contest the coming Assembly elections and will field around 50-60 candidates. The party, whose sphere of activity has been the West Champaran area to begin with, is now branching out into other areas such as East Champaran, Seohar, Sitamarhi, Gopalganj, Siwan and Chapra.

“We have got a very positive response from the people as we have moved around in three to four districts to gauge the mood of the people. We have an organisation up and running in West Champaran, where we have block presidents and we have had a membership drive at the Panchayat level. Also, the anti-CAA and anti-NPR movement has led to people looking at us as an option,” Hoda said.

Purnamasi Ram, who is a five-time MLA from Bagaha, West Champaran, and has also represented Gopalganj in the Lok Sabha, is a recognised dalit leader. He has brought a big chunk of his supporters to the new party.

“We are not a party formed just for the 2020 elections. We are hopeful that it will emerge as a political platform that will provide a viable option beyond 2020 to the marginalised and backward sections of the society as also the youth and the progressive-minded people,” Hoda said.