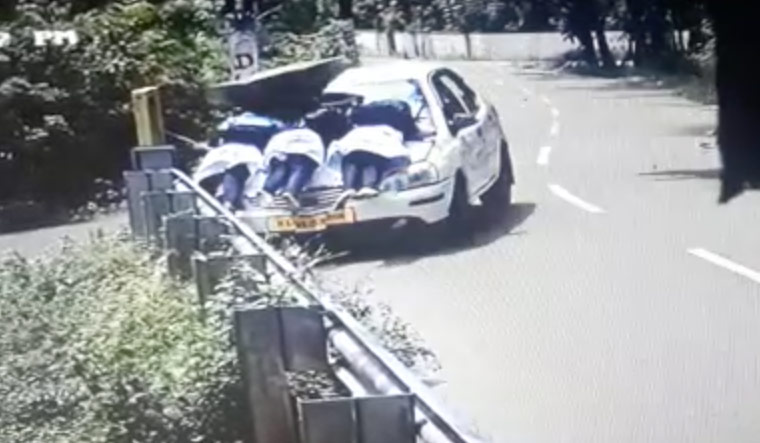 The video of the accident had gone viral two days ago. A total of eight people were injured in the incident. Apart from the four girls, a bike rider and his son were also injured in the incident. In the video, the car rammed into four Class 12 girls in Alappuzha in Kerala. In the video the girls can been seen walking together before a car, presumably out of control swerves around a turn and rams into them. The car hits another girl on the opposite side of the road before hitting the three girls.