Over one-third of women in media faced sexual harassment at work: Survey

A survey conducted by the Network of Women in Media, India, and Gender at Work, 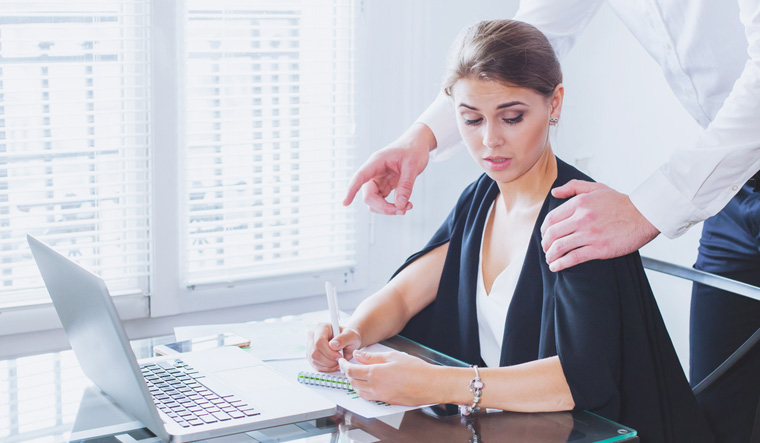 In terms of the kinds of harassment experienced by the respondents, the most common were sexist comments, unwelcome sexual jokes, embarrassing gestures or body language, attempts to establish unwanted romantic and/or sexual relationships, and pestering for dates.

A survey conducted by the Network of Women in Media, India, and Gender at Work, found that over one-third of respondents had experienced some form of sexual harassment at their workplaces—and over half of them did not report the incident.

In addition, a large percentage of respondents had never attended a training workshop on sexual harassment, as required by the law.

The report records anecdotes from women who have experienced sexual harassment in their media housed. One of these notes, “When I was an intern, 14 years back, my immediate boss fondled me and forced himself on me in the department room.”

When the #MeToo wave hit India, the media called out sexual harassment in various spheres but they evidently failed to look within to check on the internal state of affairs, the report says. The data suggests that the incidence of sexual harassment is higher in organisations which do not have any reporting mechanisms in place as stipulated by the law, or have inadequate advocacy around those mechanisms and policies, according to the report.

Released to coincide with International Women’s Day, March 8, the report titled ‘Creating Safe Workplaces: Prevention and Redressal of Sexual Harassment in Media Houses in India’ is based on an online survey conducted to assess whether and how effectively media houses across India are responding to the issue of sexual harassment at the workplace.

The survey had 456 participants among media women—cis and trans—including journalists, journalism educators, trainers, and researchers. The respondents are currently or have been affiliated with media outlets such as The Hindu, The Indian Express, Business Standard, Hindustan Times, The Times of India, Deccan Herald, BBC India, Economic Times, The Telegraph, The Tribune and DNA, among other English newspapers. Hindi and regional language media outlets such as Dainik Jagran, Dainik Bhaskar, Sahara One and Madhyamam are also represented in the data set. Women from digital news outlets like Scroll.in, The Wire, The News Minute, and ‘alternative’ digital platforms like Youth Ki Awaaz took the survey as well.

Most respondents were based in metropolitan centres such as Bengaluru, Chennai, Delhi NCR, Kolkata, Hyderabad and Pune. More than 70 per cent were full-time employees and only about 11 per cent were freelancers. While the survey is therefore limited in terms of representation, it points to some serious issues in the media industry when it comes to sexual harassment at the workplace.

For instance, over a third (36 per cent) of all respondents reported having experienced sexual harassment at their workplaces. Of the respondents who experienced sexual harassment at work, more than half (53 per cent) did not report it to anyone. A very small percentage of the latter reported their experiences to the Internal Committee (IC) of their media house. Of those who approached an IC with a complaint, 70 per cent were not “completely satisfied” with the outcome.

In terms of the kinds of harassment experienced by the respondents, the most common were sexist comments, unwelcome sexual jokes, embarrassing gestures or body language, attempts to establish unwanted romantic and/or sexual relationships, and pestering for dates. The promise of rewards for compliance, accompanied by threats of mistreatment following a refusal to engage in sexual behaviour, were also reported. In addition, unwanted touching, fondling, sexual assault and rape were documented.

“The results of the survey underscore the need to step up awareness raising and other preventive measures to bring about a change in the work culture in media houses,” said Laxmi Murthy, one of the authors of the report. "There is not enough awareness even among women who work in the media about redressal mechanisms for sexual harassment. Further, there’s a lack of faith in ICs, which media houses need to address.”

“While calling out sexual harassment in other spheres, as they should, the media industry must also look within and set its own house in order. The time for safer media workplaces has come,” said Aayushi Aggarwal, another author of the report.