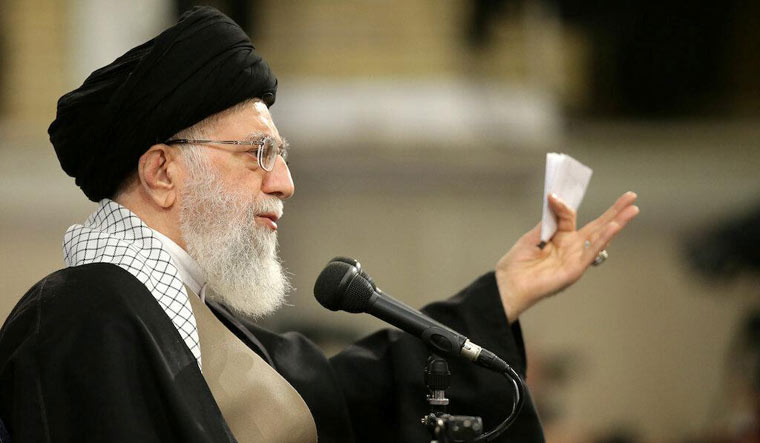 Iran’s supreme leader Ayatollah Khamenei turned to Twitter on Thursday to mention the violence in Delhi. Referring to “the massacre” of Muslims, Khamenei urged the government to confront “extremist Hindus and their parties” to “prevent India's isolation from the world of Islam.”

His tweet comes days after the Iranian foreign minister Javad Zarif took to the social networking site to condemn the “organised violence against Indian Muslims”.

The ministry of external affairs is yet to respond. But, it is unlikely that the tweet will go down well. On Tuesday, the MEA had summoned the Iranian ambassador for his “unwarranted” remarks.

“It was conveyed that his selective and tendentious characterisation of recent events in Delhi are not acceptable. We do not expect such comments from a country like Iran,” said Ministry of External Affairs spokesperson Raveesh Kumar.

The tweet, interestingly, came on the same day that an Indian medical team arrived in Iran. The minister of external affairs, S. Jaishankar, tweeted that the team hoped to establish the first clinic in Qom by this evening. The city has emerged as the epicentre of the coronavirus outbreak. “Update for Indians stranded in #Iran and for their families: Our medical team for screening arrives in Iran today. Hope to establish first clinic at Qom by this evening. Screening process will start immediately thereafter. Working on logistics of return with Iranian authorities,’’ he tweeted.

India has become the latest country to ban flights from Iran and cancel all visas issued.

This is not the first time Khamenei has chosen to bypass Indian sensitivities to express concern over “Muslims’ situation”. And, it suggests that all is not well in the relationship. While there has been simmering resentment in Iran over India's cutting down oil imports to zero, the strain has begun to come out in the open after President Donald Trump's visit to India.

Khamenei has been a vocal supporter of the Kashmir cause. In August 2019, Khamenei had a pinned tweet that raised concerns over Kashmir. “We’re concerned about Muslims’ situation in #Kashmir. We have good relations with India, but we expect the Indian government to adopt a just policy towards the noble people of Kashmir and prevent the oppression & bullying of Muslims in this region,” he tweeted.

In 2017, in a speech Khamenei on Eid, he had compared Kashmir to Bahrain and Yemen, asking the Muslim world to support people of these regions.

The Iran government, however, had issued a more careful statement on Kashmir, urging dialogue. Iran said it “expects India and Pakistan, as its friends and regional partners, to adopt peaceful methods and dialogue and take effective steps towards securing the interests of people in the region”.

President Rouhani, after being appealed to by Pakistan Prime Minister Imran Khan, urged both sides to exercise restraint and to “stop killings in Kashmir.”