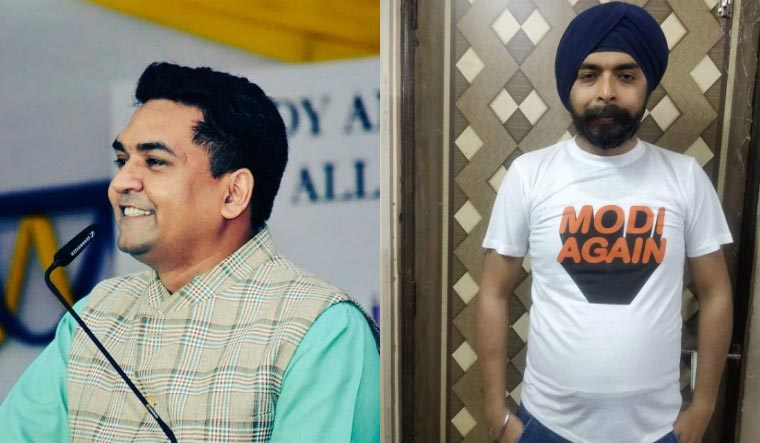 Delhi BJP leaders Kapil Mishra and Tajinder Pal Singh Bagga have a knack of staying in the news, irrespective of their electoral fortunes. Both Mishra and Bagga lost in the recent Delhi Assembly polls, but the reverses have not dampened their enthusiasm.

As more cases of the victims of the riots surface, we are saddened to inform that there is a wide scale destruction of the Hindu lives and livelihood. Our resolve to help each Hindu family stands and hence we are increasing the target to Rs 71 lacshttps://t.co/ToBYzl6qns

The Crowdkash website states, "The goal of this campaign is to identify families who are massively impacted due to the riots and help them with monetary assistance. We believe that this would act as a short term relief for these underprivileged Hindu families who have been impacted by the riots." The goal adds the donations would be transferred directly to the impacted families.

The description adds the "campaign is managed by a group of Dharmics under the leadership of Kapil Mishra..."

The response to the crowdfunding campaign appears to have been overwhelming.

The crowdfunding campaign was launched on February 28 (Friday) and collected Rs 47,50,523 by Saturday. The campaign was to run for 15 days.

On Sunday, Bagga tweeted that the crowdfunding target had been raised to Rs 71 lakh. By Monday evening, with the collected amount exceeding the target, the campaign page announced it was no longer accepting contributions even though 12 days were left.

Ironically, many critics of the BJP have held that provocative remarks by Kapil Mishra at a rally in Maujpur on February 23 were a major factor in instigating days of violence in northeast Delhi.

On Sunday, Bagga appeared with BJP MP Tejasvi Surya in Bengaluru to condole the deaths of two Delhi Police personnel in the recent violence. Bagga had tweeted about the violence as being "anti-Hindu riots".