'Come here Pakistani, we’ll give you citizenship', rioters tell BSF jawan as they set his house on fire

Anees had spent three years in J&K guarding the border 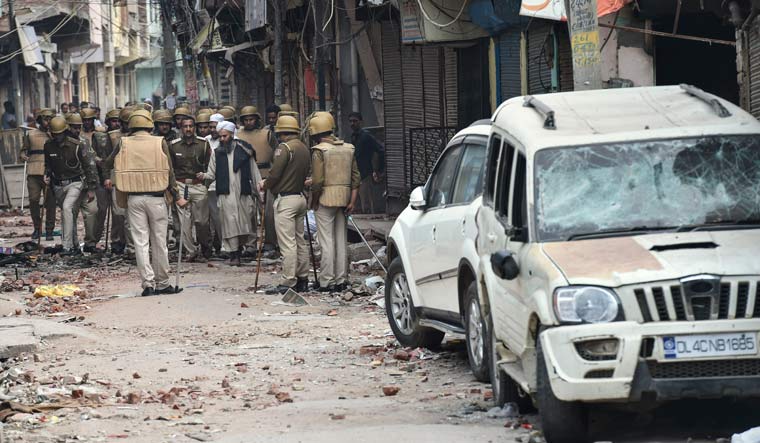 Even as the violence-hit areas of northeast Delhi are gradually limping back to normalcy, horrendous reports of the ferocity of the mayhem keep coming. Among such several spine-chilling tales is that of Mohd Anees, a BSF jawan, whose house in Khas Khajuri Gali was set on fire by an angry mob on February 25.

“Idhar aa Pakistani, tujhe naagarikta dete hai (Come here Pakistani, we’ll give you citizenship),” the goons shouted as they set on fire the cars that stood outside Anees' house, reported CNN News 18. The mob later pelted stones at his house for several minutes before throwing a gas cylinder and setting the house on fire.

Anees joined the BSF in 2013 and spent three years in Jammu and Kashmir, guarding the border.

Reports said besides Anees, his father Mohd Munis, 55, uncle Mohd Ahmed, 59, and cousin Neha Parveen, 18, were in the house when the rioters unleashed the rampage. All of them, however, managed to escape with the help of paramilitary troops.

According to CNN News 18, the BSF soldier's family might have suffered a bigger financial loss as they had kept all their life’s savings inside their house since two wedding were to take place in the family in the next three months—Neha's and Anees'.

The family said they had kept jewellery, including two gold necklaces, and cash worth Rs three lack inside the house.

At least 42 people died and over 250 people were injured as large-scale violence and communal clashes wracked northeast Delhi over the Citizenship Amendment Act.