In a first, Lingayat mutt in Karnataka appoints Muslim as main priest 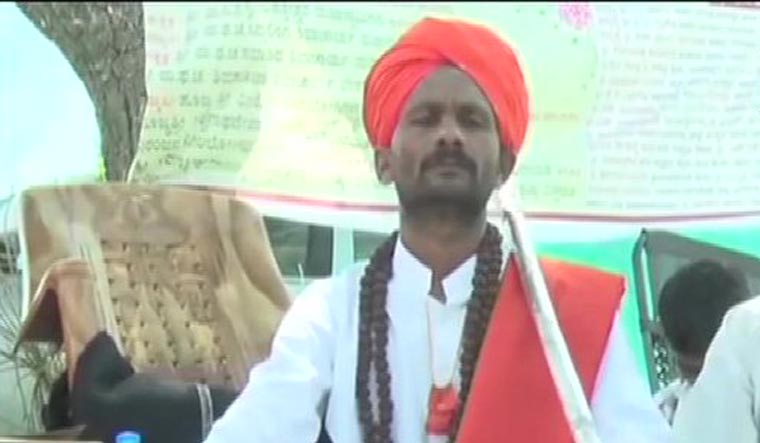 A Lingayat mutt in Gadag district of north Karnataka has scripted history by appointing a Muslim man as its 'peetadhipati' (pontiff).

Thirty-three-year-old Dewan Shareif Mullah was appointed the next pontiff of Muruga Rajendra Mutt in Asuti village. He was ordained by Sri Murugarajendra Koraneswara Swami of the mutt on Thursday.

A married man and a father of three daughters and a son, Shareif is also the first family man to be given the top position.

“Nobody asked me to do it. The almighty came in my mind and guided me,” he said.

The Muruga Rajendra Mutt is linked to the 350-year-old Koraneshwara Sansthan Mutt in Khajuri village in Kalaburagi and is one of the 361 mutts under Sri Jagadguru Murugharajendra mutt of Chitradurga, according to a Deccan Herald report.

“It doesn't matter what caste you belong to. If God appears to you for a path of goodwill and sacrifice, you will do it regardless of the manmade restrictions of birth and caste,”  Murugarajendra Koraneswara Swami said.