OPINION: SC should have upheld law against Shaheen Bagh protesters

Shaheen Bagh protesters have no right to hold people of Delhi to ransom, writes Katju 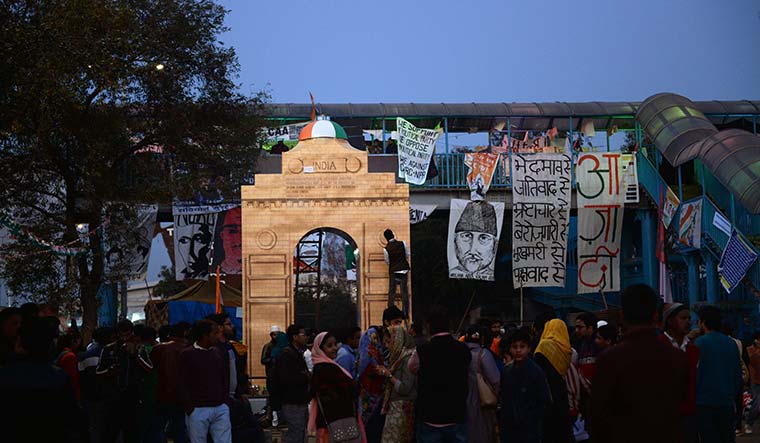 Scenes from Shaheen Bagh in Delhi where anti-CAA protesters, mainly women and children, have camped for over two months. The site has become a national symbol of resistance against CAA and NRC | Salil Bera

I have been to Hyde Park in London several times to hear speeches at Speakers’ Corner. On Sundays, particularly, large crowds congregate there to hear speakers haranguing the people on every topic under the sun. The police never interfere with these speeches, even if they are extremely seditious and provocative, rather, if you complain to them they will smile and say there is freedom of speech in England.

But if anyone tries to block Edgware Road or Oxford Street ( at whose junction Hyde Park is situated), the police would not tolerate that for a second, as no one has the right to block roads. Even when processions are taken out in London by some people on some issue (and this happens often), they are accompanied by policemen who ensure that roads are not blocked and law and order is maintained.

I was therefore distressed to know of the recent order of the Indian Supreme Court appointing a team of 3 interlocutors—Sanjay Hegde and Sadhana Ramchandran, both advocates at the Supreme Court, and Wajahat Habibullah, former chief information commissioner—to go to Shaheen Bagh in Delhi and plead to the anti-CAA protesters not to block roads.

The Supreme Court should have ordered the Delhi police to ensure that the roads near Shaheen Bagh were not blocked, and law and order maintained, and for this purpose use force where necessary. The Shaheen Bagh protesters have no right to hold the people of Delhi to ransom by blocking roads. There may be a medical emergency, and if a road is blocked, the patient may die. For other reasons, too, the public may get very inconvenienced when a road is blocked.

The Supreme Court’s order is like the police pleading to a man pointing a gun at a crowd to have mercy, instead of forthwith arresting him and booking him. There are occasions when the Court must be tough, and not soft to law breakers.

I regret to say that both the state institutions, the government and the judiciary, have failed in their solemn duty to uphold the law.