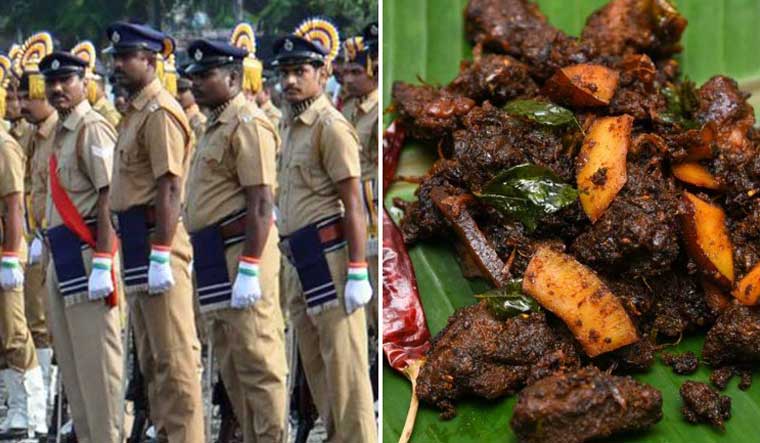 In a controversial circular circulated by Kerala Police on February 15, beef has been omitted from the menu in the canteens at the police training camps across the state.

The circular was put out by the Kerala Police Academy in Thrissur on the day the new batches of Kerala Police, comprising more than 2,000 personnel, started training at the police camps in the state.

Interestingly, beef was, reportedly, served twice a week as per the earlier menu.

This is not the first time beef was omitted from the Kerala Police menu. There was an 'unofficial ban' on the meat since 2015 in the canteen at the Kerala Police Academy in Thrissur, reportedly, under the instructions of IG of the academy, Suresh Rajpurohit.

But the LDF government, under Pinarayi Vijayan, after it assumed power in 2016, put an end to the 'unofficial ban'.