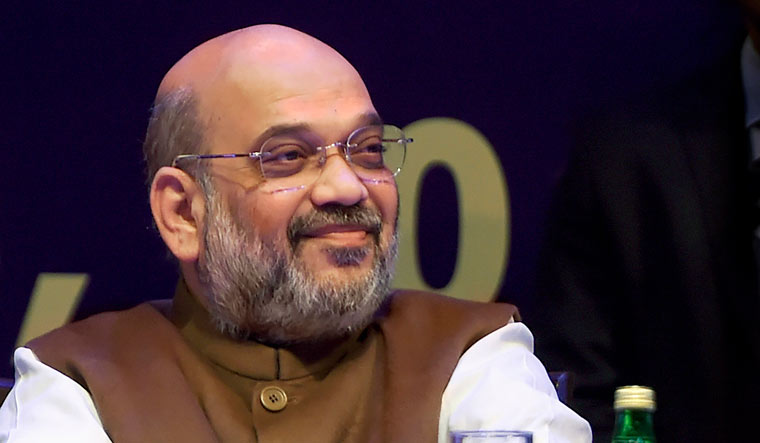 Two days after the Bharatiya Janata Party suffered a severe drubbing in the Assembly elections in Delhi, Union Home Minister Amit Shah said on Thursday that the poll results were not a mandate on the Citizenship Amendment Act (CAA) or the National Register of Citizens (NRC).

“We do not fight elections just for victory or defeat. BJP is a party which believes in expanding its ideology,” Shah said at an event in Delhi.

Shah, however, admitted that his party leaders should not have made hate speeches like 'goli maro' and 'Indo-Pak match' during the campaign, and said such remarks might have resulted in the party's defeat in Delhi. He said the BJP had distanced itself from such statements.

The BJP managed to win only eight seats in the 70-member assembly while the remaining 62 seats were bagged by the Aam Admi Party which almost replicated its 2015 performance.

Shah admitted that his assessment on Delhi elections went wrong.

Commenting on the Shaheen Bagh protest, the home minister said he was ready to meet the agitators and talk to them over the issue. Hundreds of people, mainly women, have been protesting at Shaheen Bagh since December 15 against the contentious citizenship law.

“Everyone has a right to protest peacefully,” Shah said, adding that anyone who wants to discuss issues related to CAA with him can seek time from his office.

"(We) will give time within three days," he added.

Asked about the alleged links between the Popular Front of India and the Shaheen Bagh protest, Shah said the government was looking into all reports.