Coronavirus: Maldivian FM thanks India for evacuating their citizens from Wuhan 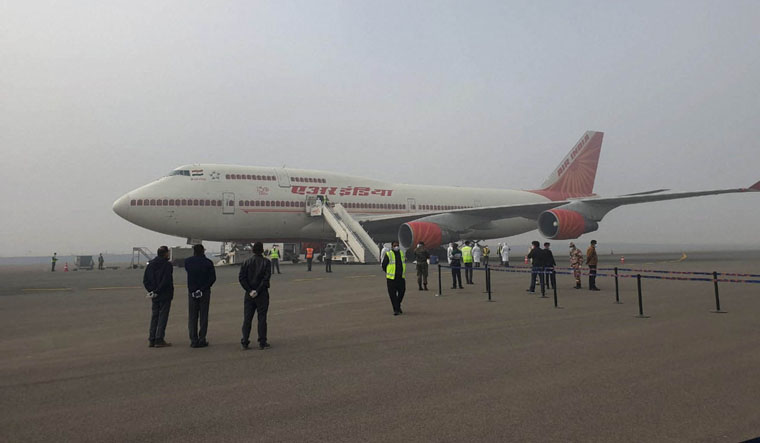 Maldivian Foreign Minister Abdulla Shahid thanked India for helping evacuate Maldivian citizens from Wuhan, the epicentre of the coronavirus outbreak in China. "They [Maldivians] are on their way to Delhi on special Air India flight. Upon arrival, they will be housed in Delhi for a period of quarantine. Deep gratitude to PM Narendra Modi and EAM Dr Jaishankar," he said.

Foreign Minister of Maldives, Abdulla Shahid: 7 Maldivians in Wuhan (China) are on their way to Delhi on special Air India flight. Upon arrival, they'll be housed in Delhi for a period of quarantine. Deep gratitude to PM Narendra Modi & EAM Dr. Jaishankar. #CoronaVirus pic.twitter.com/xRCIqcYYDc

By Sunday, India had evacuated a second batch of 323 citizens from China's Wuhan, the epicentre of the deadly coronavirus. The Air India flight, with almost ten Maldivians onboard, took off in the early hours of Sunday and is expected to land shortly. Air India's jumbo B747 aircraft, with the first batch of 324 citizens, had reached Delhi on Saturday. The plane, carrying 211 students, 110 working professionals and three minors, reached Delhi around 7.30am.

Wuhan, Hubei's capital, is the epicentre of the deadly coronavirus outbreak. The virus has killed 259 people in China with total confirmed cases surging to 11,791 amid stepped up efforts by a number of countries to evacuate their nationals from Hubei province.

The Indian Army has set up a quarantine facility in Manesar near Delhi to house those evacuated. Separately, border-guarding force ITBP has set up a 600-bedded facility in southwest Delhi's Chhawla area to quarantine and provide basic medical care to those suspected to have been affected by the virus.

Officials said they will be monitored for any signs of the infection for a duration of two weeks by a qualified team of doctors and staff members.