"It is deceitful for the PM to misquote Gandhi" 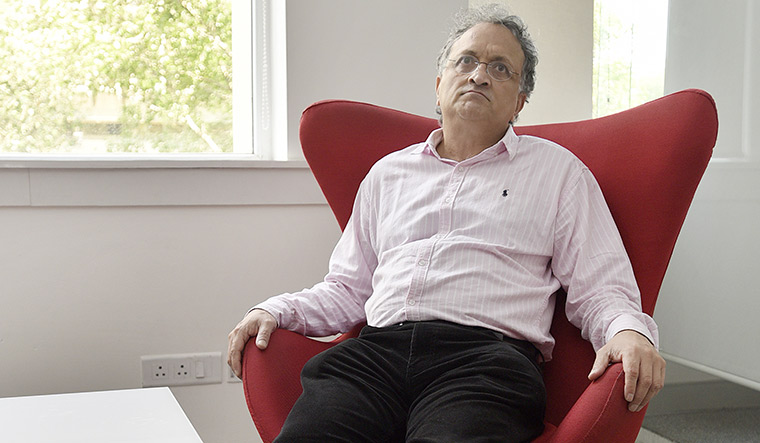 Renowned historian Ramachandra Guha on Thursday alleged that Prime Minister Narendra Modi misused Mahatma Gandhi's name to "promote himself", and asked if he was "fond of" Gandhi before becoming prime minister.

Guha, who was delivering a lecture in Ahmedabad on the occasion of Mahatma Gandhi's death anniversary, also slammed the BJP-led Union government over the Citizenship (Amendment) Act (CAA), saying Gandhi would have opposed it if he were alive.

In a piece of advise for Kartikeya Sarabhai, a trustee of the Sabarmati Ashram Preservation and Memorial Trust, Guha said the Ashram should have maintained a distance from Modi after he became prime minister.

He also criticised Sabarmati Ashram and other Gandhian institutions such as Gujarat Vidyapith (which was founded by Gandhi himself) for not speaking up against the CAA.

"After May 2014, you (Sarabhai and other trustees) should have kept the PM at arm's length. Was he fond of Gandhi before he became PM? He misused Gandhi's name to promote himself," Guha, who has penned a two-volume biography of the Mahatma, said.

"If Gandhi was alive, he would have opposed CAA. It is deceitful for the PM to misquote Gandhi," said Guha during a question-hour session after his lecture.

The CAA -- which grants citizenship to non-Muslim refugees from Pakistan, Afghanistan and Bangladesh -- is "illogical, immoral and ill-timed", he said.

Any morally upright person who believes in the Constitution and non-violence would oppose it, he added.

"Even if the Supreme Court upholds it, CAA must be resisted, but non-violently," the historian said, before slamming Union Home Minister Amit Shah over his comments about the ongoing protest at Shaheen Bagh in Delhi.

"It's the obligation of political class to try and contain, manage, tame and overcome violence. But here, record of our political leadership has been unfortunate," Guha said.

"Just look at the violence in the language of the two of the most important people in India," he said.

"For the Home Minister of India, the remarks he made about the women in Shaheen Bagh are unconstitutional. In any decent democracy, he should have been dismissed overnight. It is because of what the Home Minister said, the junior minister said even worse things," said Guha.

He did not specify exactly which remarks he was referring to.

Guha also accused the PM of using "abusive and demeaning" language for his political opponents.

To a question about why he declined to accept Ahmedabad University's offer of a teaching post in 2018, Guha blamed the BJP, saying "the ruling party did not allow me".

The Akhil Bhartiya Vidyarthi Parishad, the student wing of the RSS, had submitted a memorandum to the private university, seeking cancellation of Guha's appointment.

"Remember, there was Gujarat before Modi and Shah, and there will be Gujarat after Modi and Shah," said Guha, addressing the audience which included prominent intellectuals, lawyers, university students and civil rights activists.

After the lecture, Guha visited Rakhial area of the city where Muslim women have been staging a Shaheen Bagh-like sit-in protest for the last one week against the CAA.