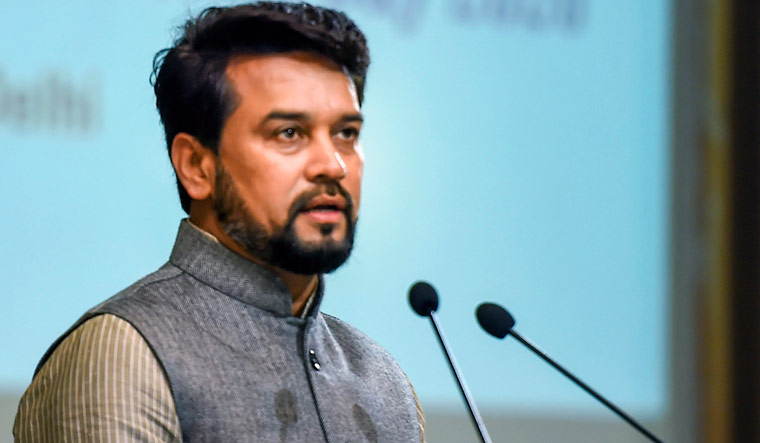 Union Minister of State for Finance Anurag Thakur must be credited for taking Indian politics to a higher virulent and toxic level than ever before.

At a rally for the forthcoming Delhi Assembly elections, Thakur shouted from the podium Desh ke gaddaaron ko, and sure enough, the bloodthirsty crowd shouted in response Goli maaron saalon ko. The crowd was similar to the one calling for hanging Cinna, the poet, merely because he bore the same name as one of the murderers of Caesar (in Shakespeare’s play Julius Caesar).

Everyone knows that in India elections are not contested on real issues like poverty, unemployment, malnourishment, lack of healthcare and good education, but on emotive issues. These emotive issues include the campaign to build a Ram Mandir on the so-called Ram Janmabhoomi (which increased the BJP’s seat count in the Lok Sabha from 2 in 1984 to 183 in 1999), cow protection and bashing the devil called Pakistan (the Balakot attack was of great help to the BJP, which was projected as a party of ‘chowkidars’ in the 2019 elections that gave it 303 seats).

But the sheer brazenness of Anurag Thakur’s slogan really takes the cake. And the beauty of it is that it cannot be called an election corrupt practice under Section 123 (3A) of the Representation of People’s Act, 1951, since it is delightfully vague.

Now the candidate was present in the meeting in which Anurag Thakur said the slogan, so his statement was certainly with the consent of the candidate. But did Thakur promote feelings of enmity or hatred between different communities or castes? There is nothing in his statement that expressly does so, and it is well settled that an election malpractice must be proved beyond reasonable doubt, like a criminal offence.

Who are the desh ke gaddaar 'who deserve to be shot'? The expression can have any number of meanings. It can mean minorities like Muslims and Christians, who are perceived as terrorists and anti-nationals. It can mean all those who are anti-BJP. It can mean liberals. It can mean JNU, AMU and Jamia Millia Islamia students (the tukde tukde gang). It can mean many other things.

In my opinion, if the BJP wins the forthcoming Delhi Assembly elections (and I think it will), the primary credit must go to Anurag Thakur, much more than to Home Minister Amit Shah. The latter only spoke of pressing the button of an EVM to disperse the crowd protesting against the Citizenship (Amendment) Act in Shaheen Bagh. The former, on the other hand, has raised hatred against the undefined desh drohis to a feverish venomous pitch, and now the bloodthirsty mob will seek out the Cinnas to hang them for their bad verses.

By advocating violence, Anurag Thakur has opened a new dimension in Indian politics, which will resemble the last years of the Weimar Republic in Germany when strong-arm thugs like the SA and SS roamed the streets of Berlin, Munich and other cities, winning arguments not by words but by breaking skulls.

I have said several times that though the Preamble to our Constitution declares India as a secular republic, the ground reality is very different. In India, many Hindus are communal, and so are many Muslims. Till 2014, this communalism was usually latent and erupted only occasionally; but thereafter, it has become open, virulent and continuous. Anurag Thakur’s statement will open up a Nazi era in Indian politics.

The great German leader Bismarck in a speech in 1862 to the Prussian Landtag said, “The great issues of the day will not be decided by votes and speeches, but by blood and iron (blut und eisen )”. Indian politics seems also headed in the same direction.