Varma had questioned Nitish on the alliance with BJP in Delhi 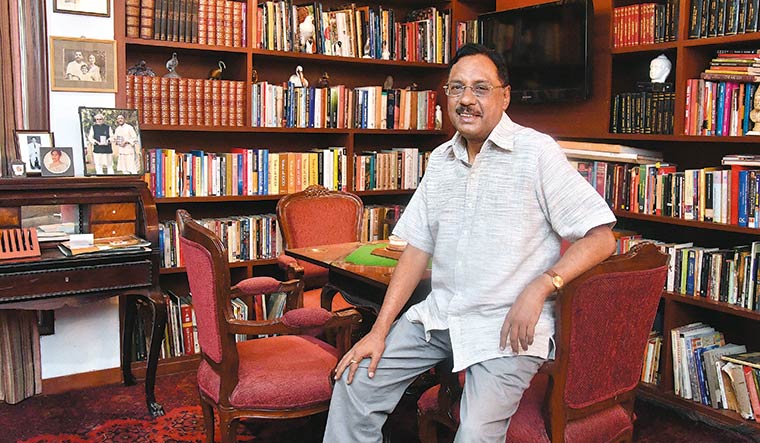 On Tuesday, JD(U) leader Pavan Varma sought "ideological clarity" from party president Nitish Kumar over aligning with the BJP in the Delhi elections, referring to the Bihar chief minister's "private apprehensions" on how the saffron party is leading the country. The public statement invoked outrage from within the party. Now, Kumar has come out against Varma, claiming he can join any party he likes. "If anyone has any issues, then the person can discuss it within party or at party meetings, but such kind of public statements are surprising. He can go and join any party he likes, my best wishes," Nitish Kumar said, reported ANI.

#WATCH Bihar CM Nitish Kumar on JDU leader Pawan Verma's letter to him on CAA&NRC: If anyone has any issues then the person can discuss it within party or at party meetings, but such kind of public statements are surprising. He can go and join any party he likes, my best wishes. pic.twitter.com/qFXgVSWfKu

In remarks that may embarrass Kumar, Varma claimed in a letter to him that despite his alliance with the BJP in 2017, his "private apprehensions" regarding the party and how it was leading India into a "dangerous space" did not change.

"I remember your confessing to me in private how the current leadership in the BJP party has humiliated you. You maintained, on more than one occasion, that the BJP is leading India into a 'dangerous space," the former Rajya Sabha member and JD(U) general secretary wrote.

In the letter, which he shared on social media, Varma said, "It was your personal view, as conveyed to me, that the BJP is destroying institutions, and that there is a need for democratic and socialist forces within the country to regroup, a task for which you actually assigned a senior party official."

Varma has been a frequent critic of the Modi government's policies and had asked his party to stand against its citizenship measures.

The JD(U)'s decision to broaden its alliance outside and join hands with the BJP for the Delhi polls has left him "deeply perplexed", Varma said, adding that he looked to Kumar for ideological clarity.

"On more than one occasion, you have expressed your grave apprehensions about the BJP-RSS combine, he said in his letter to the Bihar chief minister.

"If these are your real views, I fail to understand how the JD(U) is now extending its alliance with the BJP beyond Bihar, when even long standing allies of the BJP, like the Akali Dal, have refused to do so. This is especially so at a time when the BJP, through the CAA-NPR-NRC combine, has embarked on a massive socially divisive agenda..." he said.

Varma said there is an urgent need for the JD(U) to harmonise what the party's constitution says, what the leader of the party feels in private, and what actions the party takes in public.

"Politics, as you have emphasised to us, must be about principle and the courage of conviction," he said in the letter.