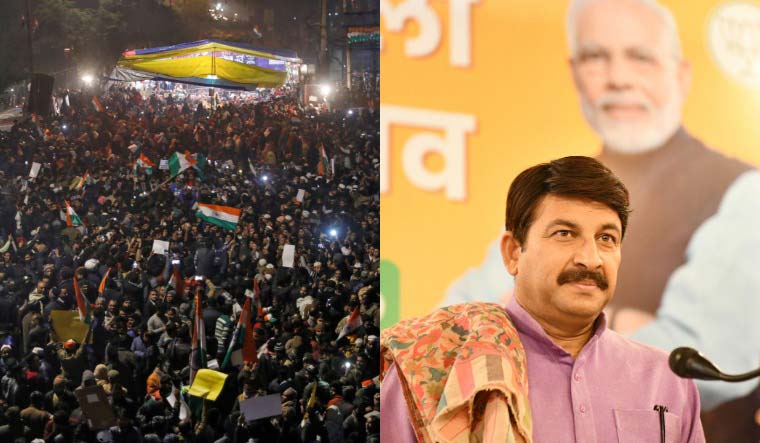 Delhi BJP unit president Manoj Tiwari on Wednesday released a video to appeal to hundreds of people staging protests against the Citizenship (Amendment) Act in the Shaheen Bagh area of Delhi for a month to call off their agitation.

Tiwari, a MP from Delhi, claimed the protest in Shaheen Bagh, being staged by hundreds of women and children, had put to inconvenience "lakhs of commuters". At the start of the video, Tiwari claimed he was "distressed".

"A commute of 20-25 minutes' time now takes about two or two-and-half hours," as a result of the Shaheen Bagh protest, Tiwari claimed.

Tiwari also dismissed fears that the Citizenship Act was linked to the National Register of Citizens, which a lot of critics alleged. Tiwari claimed the protesters at Shaheen Bagh were being frightened with talk of NRC and declared, "There is no NRC now".

Tiwari urged the protesters to vacate Shaheen Bagh and asked them to send representatives to his house for discussions. Tiwari did not miss out an opportunity to lash out at Delhi Chief Minister Arvind Kejriwal. Tiwari claimed Kejriwal should have urged the Shaheen Bagh protesters to end their agitation, but "he is glad at the inconvenience caused to residents".

Tiwari's assurance of no NRC being done now is arguably at odds with a request he made in August 2018. At that time, Tiwari had written to then home minister Rajnath Singh, demanding implementation of NRC in Delhi.

Tiwari alleged “thousands” of Rohingyas and Bangladeshis were living illegally in Delhi, with some even obtaining Aadhaar and ration cards in collusion with government officials. Justifying his call for an NRC exercise, Tiwari claimed the illegal immigrants were depriving poor Indians of their rights and were also involved in crime.

Shaheen Bagh is located near Kalindi Kunj, which connects Delhi to Faridabad and Noida. Flow of traffic has been disrupted since the protests began at Shaheen Bagh in December. On Tuesday, the Delhi Police began to attempt to persuade protesters to clear out following a Delhi High Court directive.