"Don't know how they managed to count," he said 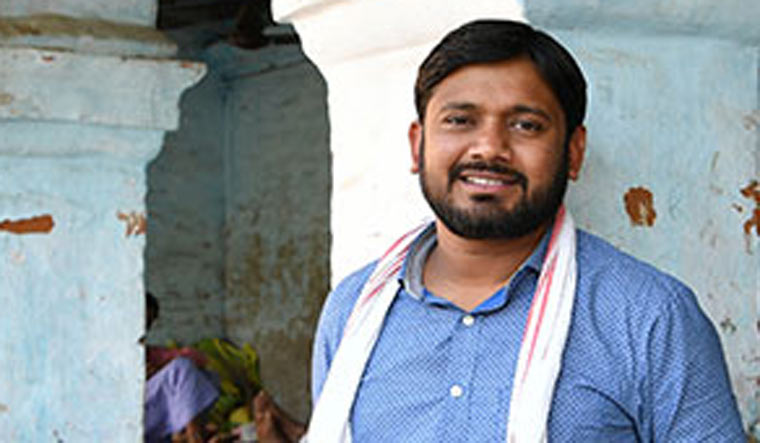 Taking on the Centre after the recent attack on Jawaharlal Nehru University (JNU), former student leader Kanhaiya Kumar hit out at the police for inaction. "They could not find Najeeb, but they found 3,000 condoms in the dustbins of JNU. Don't know how they managed to count," Kanhaiya Kumar said at a rally before HRD ministry, reported NDTV.

He said actress Deepika Padukone was patriotic when she was an ambassador for a Modi government initiative, but turned anti-national after visiting the university. He also said there was no "tukde tukde" government in the country before 2014. "Tukde tukde" gang is a term often used by BJP leaders to refer to alleged sympathisers of separatists. "A Hindi cinema actress came to the university but did not raise slogans, did not take Modiji's name, did not take mota bhai's name. She just came and met the injured students. But, calls were given to boycott her film.... Deepika Padukone was patriotic when she participated in a campaign for Modiji and became a traitor after coming to JNU," he said.

After Padukone's visit to the campus, JNU VC M. Jagadesh Kumar was quoted as saying that great personalities should also meet those students whose studies were affected due to the situation prevailing in the university. "After her visit, the VC, whom everyone had been searching for, suddenly appeared in front of the media and said great personalities are meeting injured students, but they should also meet those whose studies were affected.

"Somebody tell him that it is your job to meet students, teachers and workers to discuss why studies are not happening in the university. Deepika Padukone is not the JNU VC," he said. Padukone and badminton player P.V. Sindhu were on October 22 last year named ambassadors for 'Bharat Ki Laxmi', an initiative of the Modi government aimed at bringing to light the commendable work done by women across the country ahead of the festival of Diwali.

The Bollywood star visited the Jawaharlal Nehru University (JNU) here on Tuesday to express solidarity with the students who were attacked by a masked mob inside the campus on January 5, though she did not address the crowd. Padukone earned bouquets as well as brickbats from various people, including politicians, for her act of showing support to the JNU students.

Kumar asserted that JNU was a university that talked about every issue. "JNU is not a 50 per cent sale at a mall. It does not scare you. It does not make fun of you if you are not fluent in English. Students take admission here following an entrance test. JNU does not live for itself. We stand up for others' right to live," he said.

The skill development ministry is believed to have dropped a proposal by the production team of Padukone's film Chhapaak, slated to be released on Friday, to encourage acid attack survivors to do better in life, days after the lead actress in the film visited the JNU campus.