"We are happy that Khusanbek is able to speak now with clarity," Dr Kishore said 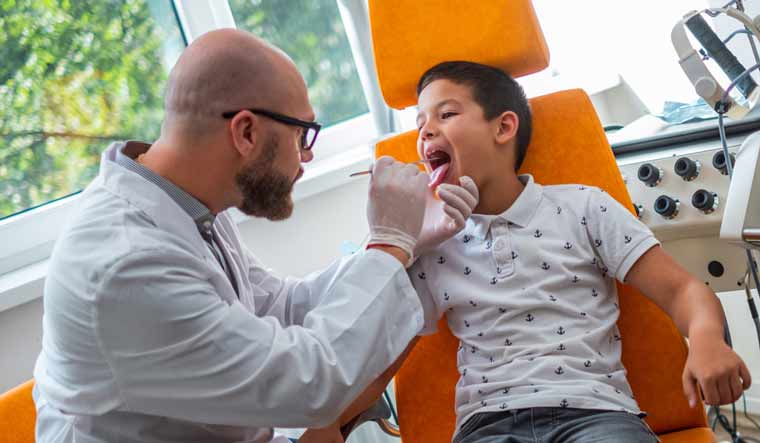 A 12-year-old boy from Uzbekistan who had lost his ability to speak after undergoing a lifesaving surgical procedure at the age of three following a major accident in his country, regained his voice after being operated upon by a team of doctors at a city hospital here.

A team of doctors at the hospital in Delhi carried out the surgery wherein the child's trachea was reconstructed.

Khusanbek Ozotilla fell from the terrace of his house suffering critical head injuries for which he underwent tracheostomy — a surgical procedure that involves creating an opening in the neck in order to place a tube into the windpipe — in his country.

For almost 10 years since the boy had to live with a hole in his neck due to which he lost his ability to speak, said Dr Suresh Singh Naruka, a consultant in the ENT department at Indraprastha Apollo Hospitals.

"Childhood is all about talking, learning and exploring. However, Khusanbek was deprived of all these pleasures as he was unable to speak. After 10 years of not being able to communicate, his mother approached us," the doctor said.

The child was admitted to the hospital on December 16. The surgery was planned to be executed in two stages.

In first stage, Khusanbek underwent an endoscopic examination where his airway was found to be narrowed, a condition called subglottic stenosis. After assessment, a T- tube was placed in his trachea, said Dr Ameet Kishore, senior consultant surgeon, ENT, at the Indraprastha Apollo Hospitals.

After examination, it was decided that a reconstructive surgery would be carried out to correct the narrowed airway. This was technically challenging, Dr Kishore said.

"After seven days, the second-stage surgery was conducted. A proper reconstruction of his windpipe was conducted successfully using a part of his rib as a graft this making the windpipe wider. The operation enabled closing of the opening in the neck," the doctor elaborated.

The child was kept in pediatric intensive care unit for a day under the supervision of Dr Nameet Jerath senior pediatrician at the hospital. The next day he was taken off  the ventilator and the tube he was carrying for around 10 years was removed.

"Finally after 10 years of misery, suffering and living without a voice, the child can speak again. He has now returned to his home and is leading a normal life," Dr Naruka said.

"We are happy that Khusanbek is able to speak now with clarity," Dr Kishore said, adding tracheostomy is more hazardous in children than in adults, and carries special risks in the young.

With advancement of technology and evolution of procedures such as tracheostomy it had become easier to conduct such surgeries, the doctor said.