Savitribai Phule: The pioneer of women's education in India 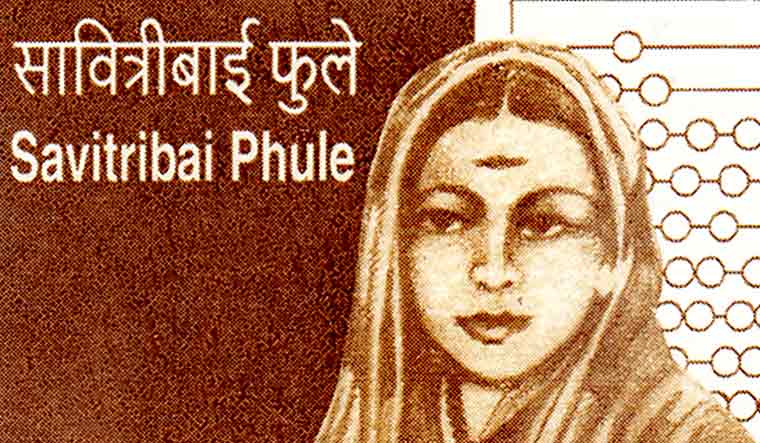 Hailed as a pioneer in women's education, Savitribai Phule and her husband, social reformer Jyotirao Phule started what is believed to be India's first school for girls here 171 years ago.

Prime Minister Narendra Modi was among those who paid tributes to this remarkable woman on her birth anniversary on Friday.

Born on January 3, 1831, at Naigaon in Satara district of Maharashtra, Savitribai married Jyotirao at the age of nine, and moved to Pune with him.

Her husband, fired by modern ideas and reformist zeal, taught her to read and write. Savitribai took a teachers' training course and became a qualified teacher in 1847.

The couple then started a school for girls in Bhidewada in Pune city in 1848, and she became its first teacher.

The couple had to face tremendous harassment from conservative elements who found the idea of women' education repugnant.

They faced ostracism; it is said that Savitribai carried a spare saree with her because people sometimes threw stones and dung at her as walked to the school.

Actor Renuka Shahane referred to this in her tweet on Friday.

"Savitribai Phule carried an extra saree because trolls of that time would pelt her with dung & stones for breaking caste & gender barriers to get educated & to educate the marginalised. Her resistance paved the way for the education we take for granted today," Shahane said.

Savitribai and her husband were instrumental in setting up `Satyashodhak Samaj' (Society of Truth-seekers), which championed progressive ideas, denounced the dowry custom and encouraged marriage without exchange of dowry.

On Friday, a procession was taken out here from Bhidewada to Phulewada, the residence of the Phules, to pay tributes to her.

Neeta Hole, a descendant of the Phules, said the couple's contribution to women's education and women's rights was immense, and they should be awarded the Bharat Ratna award posthumously.

"They brought about a revolution by opening a school for girls. Today there are still many girls in need of quality education. Providing quality education free to the marginalised sections will be a fitting tribute to them," she said.

Scholarships meant for students from marginalised classes do not reach them, Hole said.

In 2015, Pune University was renamed as `Savitribai Phule Pune University', she noted. "But the work of Savitribai's memorial is not gaining momentum yet. Reasons such as unavailability of land are being given. I want a common memorial for Jyotirao and Savitribai at the varsity and for that the government should allot at least five acres of land," she said.

"The condition of Bhidewada, where Savitribai started the first school for girls, is deplorable," she said, adding it should be conserved as a monument.