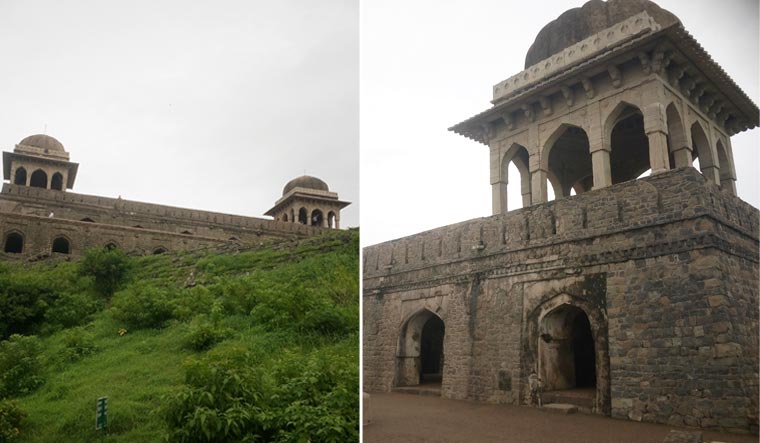 A five-day festival, inclusive of cultural, spiritual and adventure events commenced at Mandu―the quaint hill-town aiming to be a world heritage site―in Dhar district of Madhya Pradesh on Saturday. The festival would continue till the New Year day of 2020.

The festival, aimed at promoting Mandu―about 290 km from Bhopal and 98km from Indore―as a global tourism destination, is an annual event that attracts a huge crowd. But this year the festival has assumed special importance as the process for Mandu’s bid to become a world heritage site has progressed significantly.

Mandu, with its beautiful natural setting, a horde of magnificent heritage structures and the romantic lore of Baz Bahadur and Rani Rupmati, has been on the tentative list of world heritage sites of UNESCO since 1998, but the process has remained stalled.

This year in June, a nomination dossier as per the requirement of UNESCO was completed and submitted to the state culture department. Dhar district collector Shrikant Banoth told THE WEEK that the state department has forwarded the dossier to the Union ministry of culture according to rules.

“The minister (MP culture minister Surendra Singh Baghel) told me that the dossier has been forwarded to the UNESCO by the ministry. Given the huge potential of Mandu, I am extremely confident that it would get the coveted tag soon,” district collector Banoth said.

Meanwhile, amidst foggy, rainy and cold weather that is the hallmark of Mandu, the five-day festival is going on with much zeal in the hill-town. One of the attractions of the opening day on Saturday was hot-air ballooning, a Narmada aarti and performances by prominent and local artists.

During the fest, adventure sporting activities would be conducted at Mira ki Jirat, water sports, boating would be at Sagar Talab along with laser show in the evening and a multi-cuisine food zone. Yoga and devotional song singing events would be at Caravan Sarai where an exhibition of art and craft by 40 artists from across India has been put up. The Narmada aarti is to be held every evening at Rewa Kund near Rupmati Mahal.