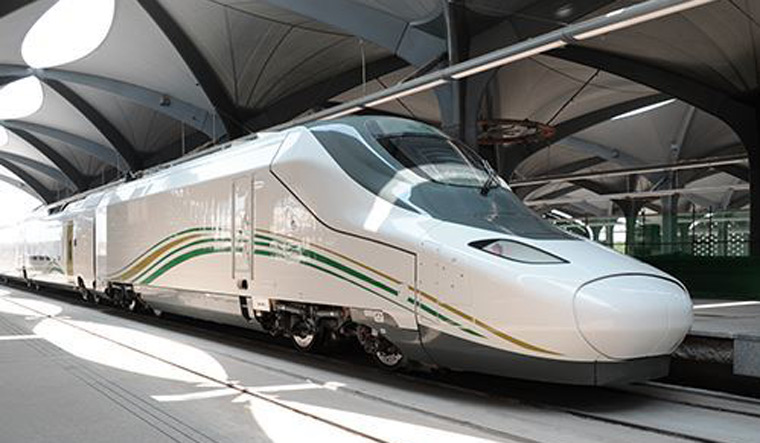 The Central government has given its in-principle nod to Kerala’s semi-high speed rail (SHSR) project. The project called the ‘Silver Line’ puts forward a semi-high speed train which travels at a speed of 200km per hour between the state capital Thiruvananthapuram to Kasaragod district.

The time required to cover the distance of 532 km decreases from 12 hours to 4 hours. It is reportedly an affordable solution to Kerala’s present traffic and transportation hassles. The project is being implemented by Kerala Rail Development Corporation Limited, formed by the Indian Railways and the state government. Further the corporation has submitted a proposal to the Railway Ministry for laying 3rd and 4th lines from Thiruvananthapuram to Kasaragod.

The approval of the centre for the semi-high speed rail project in Kerala was a milestone in the project implementation, said the Managing Director of KRDCL, V. Ajith Kumar. Kerala Chief Minister Pinarayi Vijayan had posted on his Facebook page that the Centre had given in-principle approval for the project. The project is expected to fast track the economy of Kerala, he further added.

The railway network is said to cover 10 districts in Kerala excluding four districts―Pathanamthitta, Idukki, Palakkad and Wayanad. The train is said to start from Kochuveli in Thiruvananthapuram and pass through Kollam, Chemmanur, Kottayam, Ernakulam, Trissur, Tirur in Malappuram, Kozhikode, Kannur and end in Kasaragod. The funds required to complete the project is estimated to be Rs 66, 079 crore. The project will also reportedly generate 50,000 jobs and 11,000 employments after the completion of the project.

The train provides facilities for all categories of passengers, including business class commuters. The project takes up eco-friendly features as it uses clean energy, solar power, low emission construction equipment and re uses concrete and steel. The project also promotes urban forestry programme.

The project was first discussed in the 2009-10 budget speech of LDF government. It was cleared by the state government in 2010 and Kerala Development Corporation was the nodal agency to develop the project. The Kerala High Speed Rail Corporation Ltd. was formed and requested DMRC to submit project report by November 2012, but DPR faced several delays.