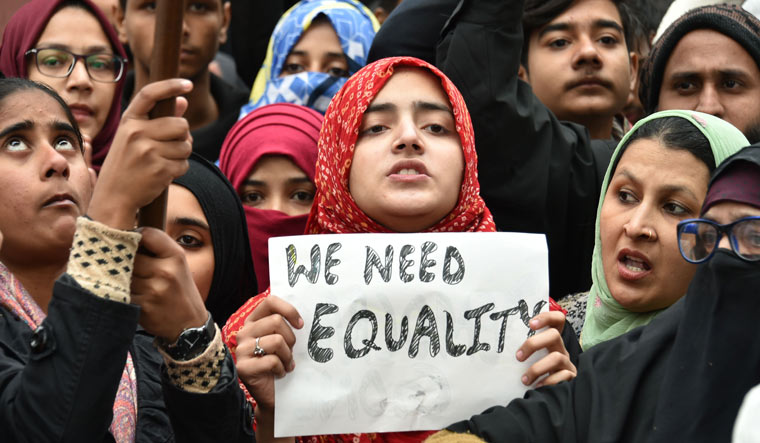 Delhi witnessed fresh violence on Tuesday over the Citizenship Amendment Bill with angry protesters torching several motor bikes, pelting stones at police and damaging public buses in Seelampur area. According to central intelligence agencies, the situation is expected to worsen in the coming days.

According to the IANS, the intelligence agencies have identified Trilokpuri, Okhla, Chand Bagh, Karwal Nagar and the Jama Masjid as the places which could witness a flare-up. Mobilisation and congregations have started in Muslim colonies of the city, they said.

The intelligence agencies highlighted the leadership crisis in Delhi Police and said the law and order situation was being managed on "ad hoc" basis.  Police could not gauge the ground situation in Seelampur on Tuesday even as the agencies had shared information about mobilisation in the area.

The national capital continued to reel under swirling agitation against the alleged "divisive" law with thousands of students hitting streets near the Jamia Millia Islamia, where a violent protest had occurred on Sunday, and elsewhere for what they called "protecting the soul of India".

Twenty-one people, including 12 policemen, were injured in the violence that erupted during a protest against the new law in Seelampur and Jafrabad areas.

Protesters damaged three buses and two police booths in the violence. A mobile toilet was also set on fire. Eight CCTV cameras installed in and around a booth in the Seelampur area were taken away by protesters. An LED TV, which was installed inside the booth for monitoring feed from the cameras, was also taken away by the protesters.

According to reports, the home ministry officials have expressed their unhappiness over the two incidents happening within just three days. They have asked the Delhi Police brass to strengthen intelligence gathering mechanism so that such incidents do not occur in future.

The Citizenship (Amendment) Bill was approved by both Lok Sabha and Rajya Sabha, and became an Act after President Ram Nath Kovind gave assent to it on Thursday night.

According to the legislation, members of Hindu, Sikh, Buddhist, Jain, Parsi and Christian communities, who have come from Pakistan, Bangladesh and Afghanistan, till December 31, 2014 facing religious persecution there, will not be treated as illegal immigrants but given Indian citizenship.

The opposition parties, activists and students unions have been opposing the Act, alleging that it discriminates on the basis of religion.