Soon, abusing senior citizens could land you in jail

A bill has been introduced in Lok Sabha 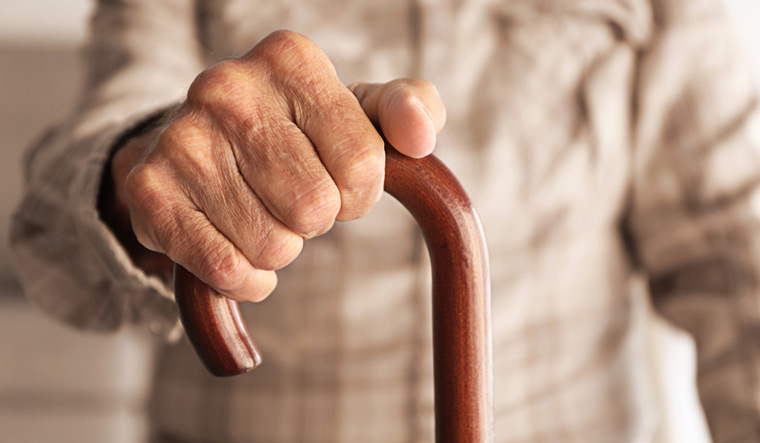 Those who intentionally abuse their parents or senior citizens under their care and protection or abandon them may be sentenced to six months' imprisonment or slapped with a fine of Rs 10,000 or both, according to a bill introduced in Lok Sabha on Wednesday.

The Maintenance and Welfare of Parents and Senior Citizens (Amendment) Bill, 2019, piloted by Social Justice and Empowerment Minister Thaawarchand Gehlot in the House, also has provisions for the elderly to claim maintenance and for mandatory registration of senior citizens care homes and other such institutions which will have to comply with prescribed minimum standards.

The bill defines "abuse" as physical, verbal, emotional and economic abuse, neglect and abandonment, causing assault, injury, physical or mental suffering. "Children" in relation to a parent or a senior citizen means son or daughter, whether biological, adoptive or step-child, and includes son-in-law, daughter-in-law, grandson, grand-daughter and legal guardians of minor children.

The bill provides for establishment of a tribunal for senior citizens to file claims for maintenance and assistance and such applications from those above 80 years of age should be disposed of within 60 days.

Only in exceptional circumstances and for reasons to be recorded in writing, the tribunal may extend the period only once for a maximum of 30 days. For other senior citizens or parents, their applications will have to be settled by the tribunal within 90 days.

According to the legislation, there will be a nodal officer at each police station, not below the rank of an assistant sub-inspector, to deal with the issues relating to parents and senior citizens.

Similarly, each district will have a special police unit for senior citizens' welfare and such a unit will have to be headed by a police officer not below the rank of DSP.

The state government has to appoint maintenance officer to ensure implementation of the order of maintenance and such officer shall be a point of contact for the parent or senior citizen to liaison and coordinate with them.

According to the statement of objects and reasons appended to the Bill, "with the gradual breakdown of joint family system, number of cases of neglect, crime, exploitation and abandonment of parents and senior citizens are in the rise".

After examining the various provisions of the Act the group of secretaries have made recommendations to extend all benefits to senior citizens of uniform age, to enhance maintenance amount for senior citizens and standardisation of home care services.

Besides representations were received to bring son-in-law and daughter-in-law within the ambit of "children" and provide punishment for abuse of parents and senior citizens.

The Bill says "parent" means  father or mother, whether biological, adoptive or step-parent and includes father-in-law, mother-in-law and grandparents, whether or  not senior citizen.

The children have to maintain their parents in such a way they "lead a life of dignity". Similar is the obligation of a relative to maintain a childless senior citizen provided such relative has sufficient means to do so and is either in possession of, or shall inherit, the property of such senior citizen after his death.

The tribunal, if necessary, can refer the issue of maintenance of a senior citizen/parent to a conciliation officer and the latter has to give his findings within 15 days from the date of his nomination.

The tribunal has powers to levy fine on those who fail to maintain their parents/senior citizens and if they violate paying fine they could be imprisoned up to one month or till the maintenance payment is made whichever is earlier.

A dedicated help line number would be available for senior citizens in every state to convey their problems.

The definition 'maintenance' has been expanded to include safety and security of the parents besides taking care of their food, clothing, housing and health care obligations.