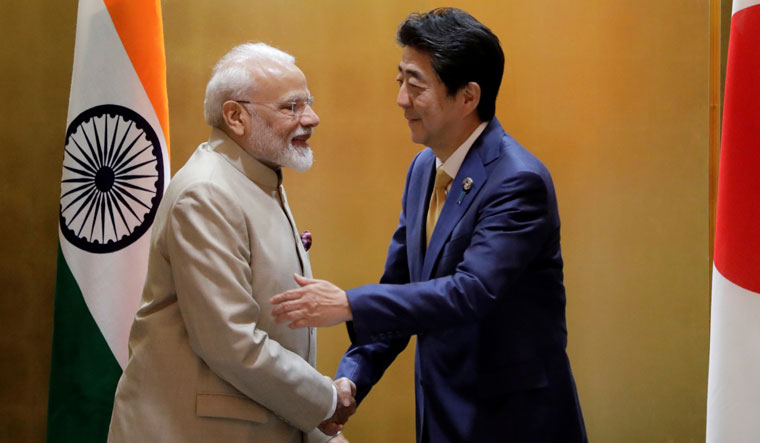 Japanese Prime Minister Shinzo Abe will be in India from December 15 to 17 to participate in the Indian-Japan annual summit. The summit is held alternately in India and Japan.

The ministry of external affairs has not revealed the venue of the talks. However, it is believed that the talks will be held in Guwahati, with a visit to Imphal, too.

Under Prime Minister Narendra Modi, many high level visits have taken place outside the national capital, in cities carefully chosen for their historical as well as current relevance to the guest country.

The informal summit with Chinese premier Xi Jinping, for instance, was held in Mahabalipuram in Tamil Nadu. Guwahati as choice of venue is natural given the keenness with which Japan has invested in development of India's Northeast flank, with which it has historical ties. It has committed Rs 13,000 crore for the purpose.

Previously, Abe was hosted at Varanasi, Modi's own constituency, and a city that Japan has partnered with for the Smart City mission. Varanasi is also an important Buddhist site.