The UP Police tweeted 17,745 criminals surrendered or cancelled their own bails 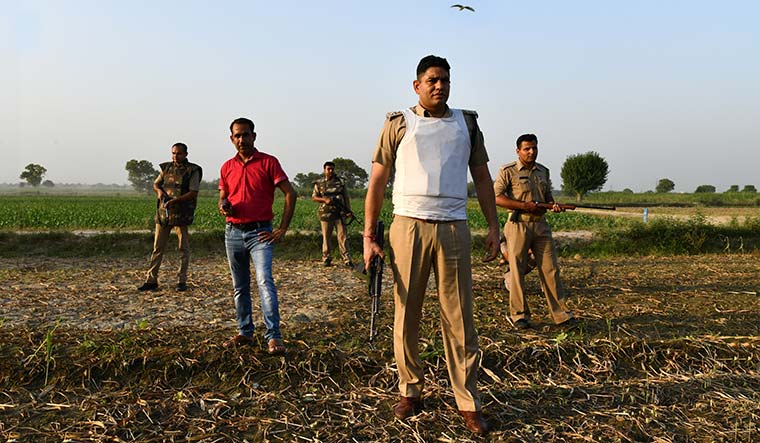 Ahead of celebrating the holiday season, it seems many in India are celebrating encounter season!

The killing of all four people accused of raping and murdering a veterinarian in Hyderabad in an encounter early on Friday has given rise to sharply polarised opinions.

BSP chief Mayawati, who was chief minister of Uttar Pradesh thrice, tweeted soon after the encounter. She called on the Uttar Pradesh Police to "take inspiration" from their counterparts in Hyderabad. Mayawati alleged that in Uttar Pradesh, criminals were being treated like state guests.

The figures speak for themselves. Jungle Raj is a thing of the past. No longer now.

103 criminals killed and 1859 injured in 5178 police engagements in the last more than 2 years.
17745 criminals surrendered or cancelled their own bails to go to jail.

The Uttar Pradesh Police tweeted, "The figures speak for themselves. Jungle Raj is a thing of the past. No longer now. … 103 criminals killed and 1,859 injured in 5,178 police engagements in the last more than 2 years. 17,745 criminals surrendered or cancelled their own bails to go to jail. Hardly state guests."

Uttar Pradesh has seen a spike in encounter killings by police since the advent of the Yogi Adityanath government in 2017. In fact, a month after assuming office in March 2017, Adityanath had declared "if you commit a crime, you will be knocked off".

Legal experts, opposition parties and human rights activists have expressed concern about the encounters, which they alleged had targeted people from disadvantaged sections of society. However, the Adityanath government has remained unperturbed.

IN July, Uttar Pradesh DGP O.P. Singh told mediapersons, “The message from the top is that no criminal is to be spared. There is no political pressure on the force and organised crime has already receded to a large extent.”

In September, THE WEEK did a cover story on how the Uttar Pradesh Police have been aggressively taking on gangs. Prashant Kumar, additional director general of police, western Uttar Pradesh, had then said, "The government has handpicked a few officers and given them clear instructions. The nexus [that controlled] postings in the police department has also been broken; merit alone counts now. Field officers have to perform or perish.”

According to data provided by the Adityanath government, five Uttar Pradesh Police personnel have been killed in encounters from March 2017 to May 27, 2019; 642 cops were wounded in the same period.