The security breach happened on November 25 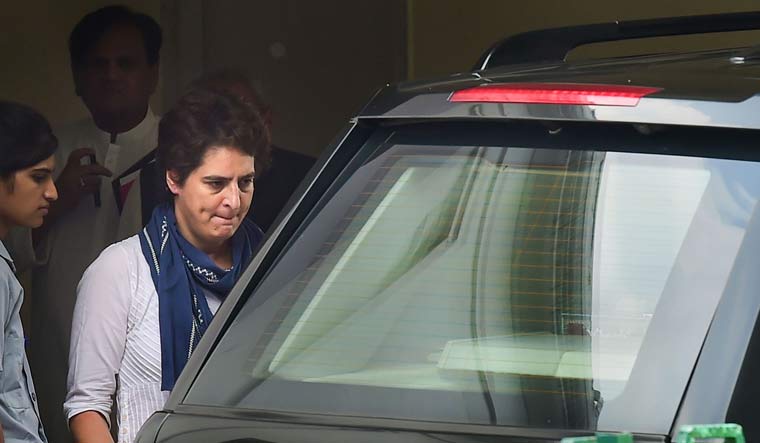 Priyanka's office has taken up the issue with the CRPF | PTI

In an alleged security breach, a seven-member family drove their car into the residence of Congress general secretary Priyanka Gandhi in Delhi. The group, including three men, three women and a girl, got off the vehicle and walked up to her to ask for photographs.

Reports said the family drove the car up to the porch of the Congress leader's Lodhi Estate residence. They told Priyanka that they had come all the way from a town in Uttar Pradesh to click a photo with her.

The Congress leader talked to them 'nicely' and they left after taking a few photographs with her, according to reports.

The alleged incident took place on November 25. Priyanka's office has taken up the issue with the Central Reserve Police Force (CRPF) which is providing security to her.

The central government had recently downgraded security of the Gandhi family members from the Special Protection Group (SPG) cover to Z-plus. A team of commandos of the paramilitary force is now providing security to Priyanka, her mother and Congress president Sonia Gandhi and her brother Rahul Gandhi.

The Gandhis were provided SPG cover after the assassination of former prime minister Rajiv Gandhi by LTTE terrorists on May 21, 1991.

The Lok Sabha passed a bill to amend the SPG Act on November 27. According to the amendment, the SPG will now protect the prime minister and members of his immediate family residing with him at his official residence.

Asked about the security breach at Priyanka's residence, Union Minister of State for Home G. Kishan Reddy said he was unaware of it.

"I am not aware. I am just coming out of Lok Sabha. Let me take the information from police... I will discuss with my officers," Reddy, the Union minister of state for home, told reporters outside Parliament.