Running Maharashtra from Matoshree, again: Uddhav may not shift to CM's house

When Shiv Sena first came to power in 1995-1999, the real power centre was Matoshree 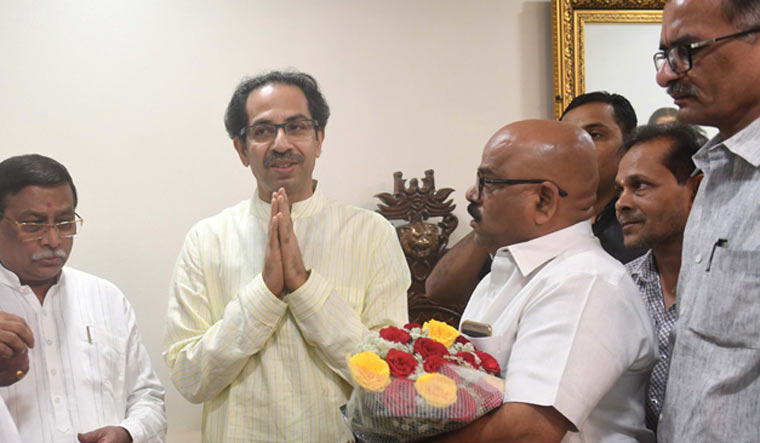 Maharashtra Chief Minister Uddhav Thackeray may not move to Varsha, the official residence of the chief minister in South Mumbai's Malabar Hill.

It is reliably learnt that Uddhav Thackeray has told officials that he would prefer to live at Matoshree, the residence of the Thackeray family in Bandra East, and use Varsha as a venue to hold official

meetings. However, Uddhav might stay at Varsha on the days he gets delayed in Mantralaya and when sessions of the state legislature are being held in Mumbai.

If Uddhav prefers Matoshree to Varsha, the importance of the Thackeray residence in Maharashtra's politics will once again increase manifold. Varsha will no longer be the number one power centre;

instead, it will be Matoshree as it used to be in the days of Shiv Sena founder late Bal Thackeray.

According to political observers, when the first Shiv Sena-BJP government came to power in 1995-1999, the real power centre was Matoshree and not Varsha, the residence of then Maharashtra chief minister Manohar Joshi. It was from Matoshree that Bal Thackeray's directives to the government were issued. So important was Matoshree that Enron president Rebecca Mark first visited Matoshree to hold

discussions with the late Shiv Sena chief and then went to Mantralaya to meet chief minister Joshi who was kept waiting and fuming.

When chief minister Uddhav Thackeray was recently asked when he was planning to move to Varsha he said, "Should I shift or not? Once I have accepted the responsibility, I will do all that is required, which includes meeting people and other things. Whenever I am required to go there, I will keep going (to Varsha).”