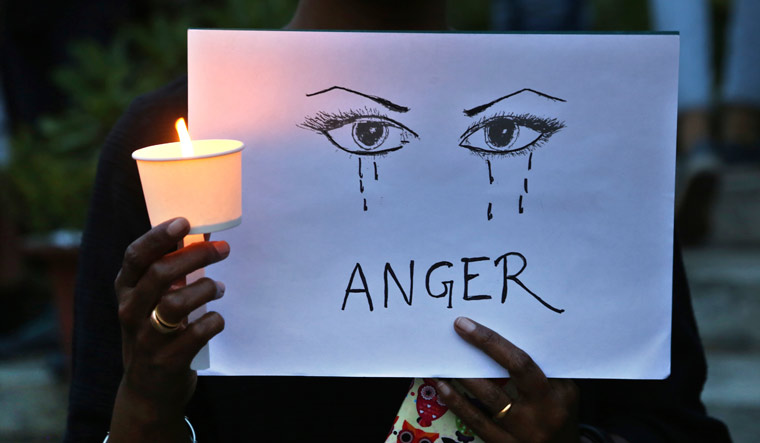 Even as the entire nation is outraged over the brutal rape and murder of woman veterinary doctor in Hyderabad, section of people in the country displayed a mentality that can only be termed 'perverse and sickening'.

change.org, an open forum that is engaged in 'mobilising supporters and working with decision makers to drive solutions,' launched a petition, demanding the website to pull down the search.

“With all due respect, today and till the day this society starts acknowledging that women aren't to be taught about maintaining their clothes than men are to be taught about standing up for women's respect and not rather gazing at her body parts, I am and will be ashamed to be born in India. Sign up for the petition, drop atleast some support to a woman's name who can't be revived, pay a little respect to the women in your house by acknowledging her pain, I know you are in tears, so am I, and so should be anyone with a heart still alive,” the petition further read.

The charred body of the woman, working as an assistant veterinarian at a state-run hospital, was found dumped under a culvert at Shadnagar near Hyderabad on November 28 morning, a day after she went missing.

Four men, all lorry workers, aged between 20 and 24, were arrested on November 29 on charges of raping and killing the woman and had been sent to judicial custody for 14 days on Saturday.

The four, who faced violent protests while being taken to the prison, are now kept in solitary confinement at Cherlapally Prison.