The autobiography is titled 'Karthavinte Namathil' (In the name of Christ) 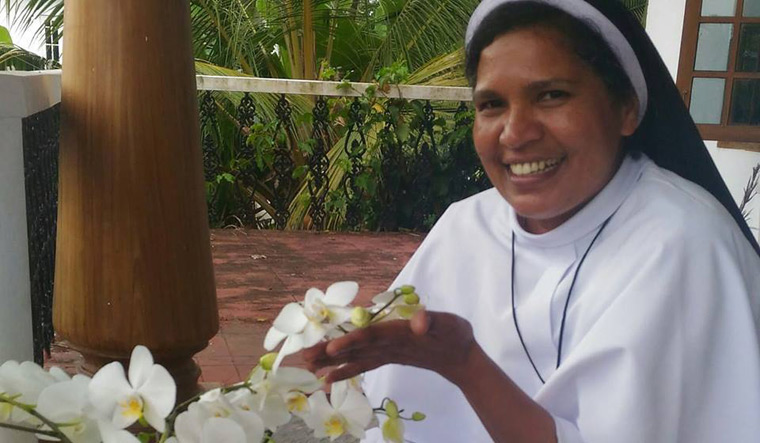 Sister Lucy Kalappura, a nun belonging to the order of Franciscan Clarist Congregation in Kerala, who was expelled from the congregation after she took part in a protest seeking the arrest of rape accused Bishop Franco Mulakkal, has come out with her autobiography in which she recounts sexual abuses and aberrations prevalent in convents.

According to the autobiography titled 'Karthavinte Namathil' (In the name of Christ), a part of which has been published in a Malayalam magazine, the nun said she has been a silent witness to many incidents where nuns have tried to give expression to their sexual desires.

She writes that priests try to abuse not just nuns, but young girls as well. Citing an instance, she said once she asked a friend's daughter to approach a priest to clear a few doubts that the girl had with regard to her studies. The priest did help the girl, but the next day he began to call her on the phone and talk to her in sexually suggestive language. The girl was shocked by the priest's conversation and complained to her mother. The priest was forced to apologise for his behaviour , Sister Lucy Kalappura writes in her book.

She claims in the book that one of her fellow nuns told her that a priest abused her inside a church. Sister Lucy writes about the abuse young nuns face from priests and elder nuns. Further, she claims that homosexuality is rampant among nuns and priests.

The instances of sexual abuses by priests that Sister Lucy Kalappura recounts in the book is reminiscent of the incidents that another former nun, Sister Jesme, penned in her autobiography 'Amen: An autobiography of a nun'.