Maharashtra: Why no one is trying to woo this MLA 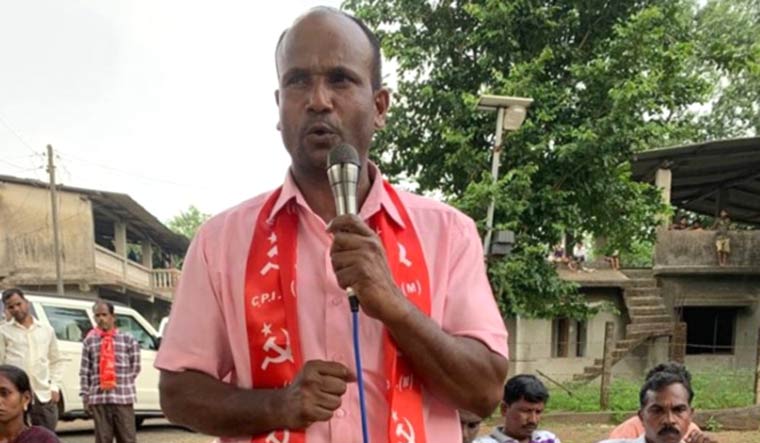 Poaching is illegal. In politics, too, to be fair. In Maharashtra, where a political 'game of thrones' is on, BJP's poachers are on the loose, claim the Congress, NCP and Shiv Sena. With a floor test looking imminent sooner than expected, the three parties have parked their MLAs in resorts to prevent poaching by the saffron party.

The Congress moved its MLAs to JW Marriott hotel in Juhu area, while the NCP shifted its 45 legislators, including Sharad Pawar's grand nephew Rohit Pawar, to The Renaissance hotel in Powai, sources said. The Shiv Sena MLAs are staying at The Lalit hotel located near the international airport in Mumbai, they said.

In all this hullabaloo, it's business as usual for one MLA in the state—Vinod Nikole, who represents Dahanu in Palghar district. The CPI(M) MLA had defeated sitting BJP MLA Pascal Dhanare by 4,742 votes. It was the only seat the Left won in the Maharashtra assembly polls on October 21.

The 48-year-old might have come a long way from being a vada pav seller, but with assets of just Rs 52,082, he is the 'poorest' of the 288 newly-elected MLAs. A party worker for the past 15 years, Nikole is a member of the CPI(M) state committee and is the state secretary and the Thane-Palghar district secretary of the Centre of Indian Trade Unions (CITU). He was also a member of the Democratic Youth Federation of India (DYFI) state committee until recently.

Interestingly, he was one of the 40,000 peasants who participated in the 200-kilometre-long march from Nashik to Mumbai, organised by the All India Kisan Sabha (AIKS) in March last year to highlight agricultural distress.

He knows the problems plaguing his constituency like the back of his hand. Malnutrition and lack of medical facilities are his biggest headaches, followed by the lack of proper infrastructure. And given that the area is home to peasants and Adivasis, implementation of the Forest Rights Act remains another priority.

Nikole and his wife Babita live with his parents and two children. His father was a farm labourer. When hard times fell upon the family, he dropped out of high school and started selling vada pav and tea.

It is, perhaps, this tough upbringing, oneness with the people of his constituency and loyalty to a party that has fought for the downtrodden, that has kept the political poachers out of the jungles of Dahanu.