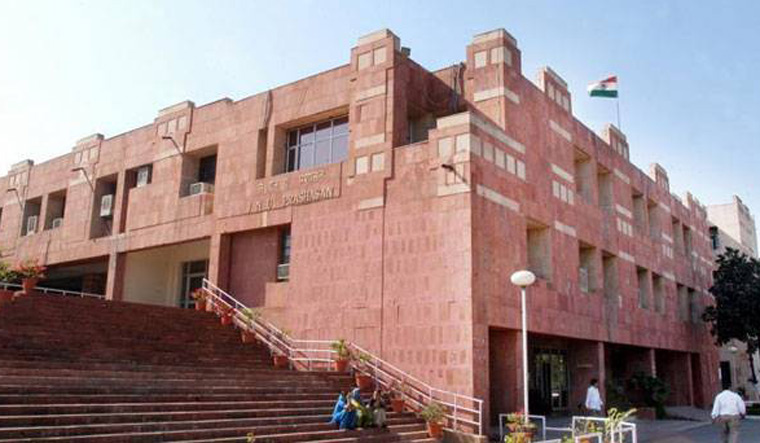 A section of Jawaharlal Nehru University (JNU) students on Saturday organised a protest-meet against the Supreme Court verdict in the Ayodhya case that put an end to the more-than-a-century-old dispute that had torn the social fabric of the nation.

Sharjeel Imam, a JNU student, organised the protest-meet at Sabarmati Dhaba inside the varsity campus.

"We organised a meet to discuss the judgment. We had a copy of the judgment and discussed some crucial portions of it and how the judiciary has again failed us," he said.

Imam said they discussed how the judgment has implications for research students and how they should study the Constitution.

Another organiser said there was constant sloganeering of 'Jai Shri Ram' by students, apparently linked to the RSS-affiliated Akhil Bharatiya Vidyarthi Parishad during the meeting.

"They tried to instigate us but we did not indulge in any untoward incident and did not retaliate. The meeting went off peacefully," the other organiser said.

On Saturday, the Supreme Court in a historic verdict backed the construction of a Ram temple by a government trust at the disputed site in Ayodhya and ruled that an alternative five-acre plot must be found for a mosque in the Hindu holy town.