Was Rajiv Gandhi the 'second most prominent kar sevak' in Masjid demolition? 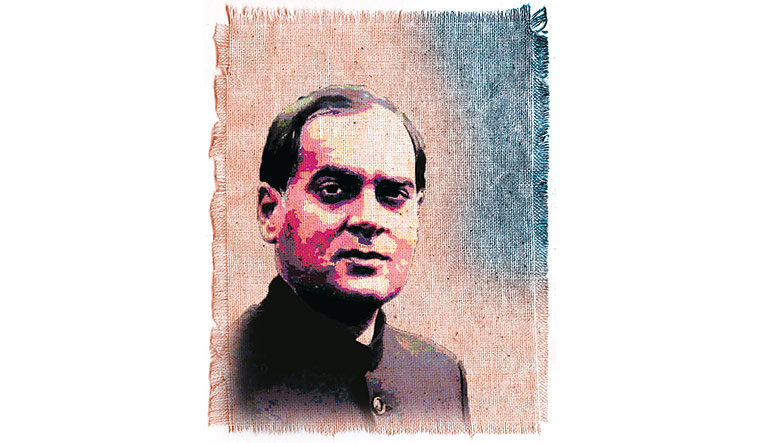 In 1986, prime minister Rajiv Gandhi made the most significant folly of his political career. Shah Bano, a Muslim woman and mother of five children, was divorced by her husband in 1978. She filed a criminal suit in which the Supreme Court ruled in her favour and she won the right to alimony from her husband. However, the then Congress government, under pressure from the Islamic clergy, enacted the Muslim Women (Protection of Rights on Divorce) Act, 1986. The most controversial provision of the Act was that it gave a Muslim woman the right to maintenance for the period of iddat (about three months) after divorce, and shifted the onus of maintaining her to her relatives or the Wakf Board. The Act was seen as discriminatory as it denied divorced Muslim women the right to basic maintenance which women of other faiths had recourse to under secular law. This, the BJP and allied parties charged, was pseudo-secularism and minority appeasement. The saffron party had found its political plank.

Gandhi's second most significant folly came in 1989. Three years prior, in 1986, a Faizabad court had ordered the padlocked Babri Masjid to be opened for Hindu worshippers. In a charged atmosphere amid ringing claims for "Ram Janmabhoomi" to be retaken, Gandhi, in what seemed to be a failed gambit to reclaim Hindu supporters from the growing Hindutva movement, allowed the shilanyas ceremony to be conducted at the site. Not soon after, he started his election campaign from the region. In 1991, Advani embarked on his rath yatra. By December 1992, the Masjid was demolished by kar sevaks.

In July, Madhav Godbole, who quit as Union home secretary after the demolition of the 16th century mosque, called Rajiv Gandhi the "second most prominent kar sevak" in the Ayodhya dispute. "Rajiv Gandhi remained focused on pleasing the fundamentalists among the Muslims and the Hindus; the Muslims by getting the Muslim Women's Divorce Act enacted, and later, the Hindus, by getting the locks of the 'temple in the mosque' in Ayodhya opened, permitting shilanyas (foundation stone-laying) of the new temple, and even starting the Congress party's Lok Sabha election campaign from Ayodhya to usher in Ram Rajya," his book The Babri Masjid Ram Mandir Dilemma: An Acid Test for India's Constitution  was excerpted by the IANS.

"I would unhesitatingly call Rajiv Gandhi the second most prominent kar sevak, after Nayar, the district magistrate of Faizabad, who encouraged the clandestine placement of the Ram Lalla idol in the Babri Masjid on December 22, 1949."

The issue was further brought into spotlight when AIMIM chief Asaduddin Owaisi, ahead of the Supreme Court verdict, in November, backed the reported claim of Godbole. "There is truth in what Madhav Godbole saab has said. He said correctly that the then Prime Minister Rajiv Gandhi got the locks of the Babri Masjid opened.

What Godbole had reportedly said about Rajiv Gandhi was correct, he said.

Attacking the Congress, he said the party was in power when the locks were opened and P V Narasimha Rao of Congress was Prime Minister when the disputed structure was demolished.

"Congress was equally a partner in this fault," he said.

This issue has been raked up on multiple occasions before. Former president Pranab Mukherjee, in his memoir The Turbulent Years: 1980-96, called the incident an “error of judgement" by prime minister Rajiv Gandhi and the demolition of Babri Masjid an act of “absolute perfidy" that destroyed India’s image.

“The opening of the Ram Janmabhoomi temple site on 1 February 1986 was perhaps another error of judgement. People felt these actions could have been avoided," the president has written in the book titled The Turbulent Years: 1980-96, released by vice-president Hamid Ansari.

“The demolition of Babri Masjid was an act of absolute perfidy... it was the senseless, wanton destruction of a religious structure, purely to serve political ends. It deeply wounded the sentiments of the Muslim community in India and abroad. It destroyed India’s image as a tolerant, pluralistic nation," he says.

Former Madhya Pradesh chief minister and Congress veteran Digvijay Singh disagreed with Mukherjee. "The opening of the gate was not done by Rajiv Gandhi. It was a decision of the court. Laying the foundation stone (shilanyas at a temple site) may be an error of judgement (by Rajiv Gandhi). Decision to open the gate was not that of Mr Rajiv Gandhi," he told PTI in an interview.