Ayodhya site to be handed over to trust for building temple, says SC

Muslim parties to get 5 acres of land elsewhere 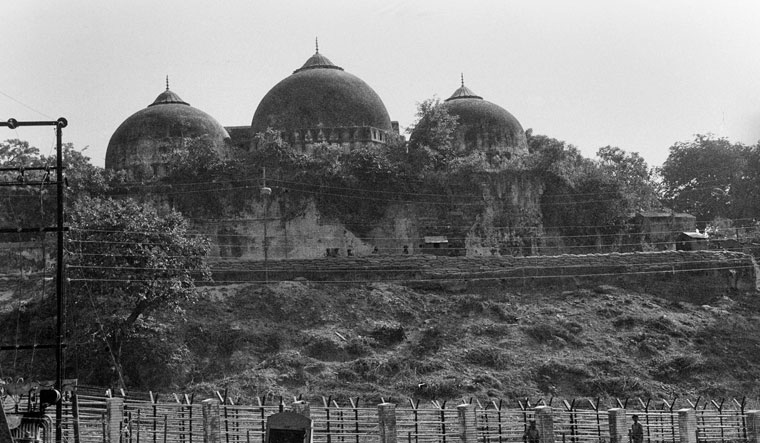 The Supreme Court observed the title dispute was a matter that could not be decided on the basis of faith and belief, but as per law. The Supreme Court held the Sunni Waqf Board, the main Muslim petitioner, and Ram Lalla, the deity, must get relief.

The Supreme Cour held that the Babri Masjid was not abandoned and mere cessation of namaz by Muslims could not lead to inference that mosque was abandoned.

The verdict was delivered in court number one of the Supreme Court.

The Ayodhya case is considered a watershed in India's political and social history, given the communal tension that erupted following demands to build a Ram temple at the site of the Babri Masjid and subsequent demolition of the mosque in December 1992.

The five-justice Constitution bench of the Supreme Court that delivered the verdict on the petitions in the Ayodhya case was headed by Chief Justice Ranjan Gogoi and consisted of Justices S.A. Bobde, D.Y. Chandrachud, Ashok Bhushan and S.A. Nazeer.

The Supreme Court had on August 6 commenced day-to-day hearings in the Ayodhya dispute, which finally concluded on October 16, following which the five-member bench reserved its verdict. The verdict was expected to come before the retirement on November 17 of Chief Justice Gogoi. Gogoi had cancelled a foreign visit, emphasising the attention the Constitution bench was giving to the Ayodhya verdict and other key impending judgments such as appeals against the Rafale deal. Security had been beefed up outside the residences of justices Bobde, Chandrachud, Bhushan and Nazeer ahead of the verdict. Chief Justice Gogoi had met officials of the Uttar Pradesh Police on Friday to assess security preparations in the state.