Siddaramaiah raises doubts about credibility of EVMs, says EC is under BJP

When people have expressed suspicion, why you (the BJP) want EVM, he asked 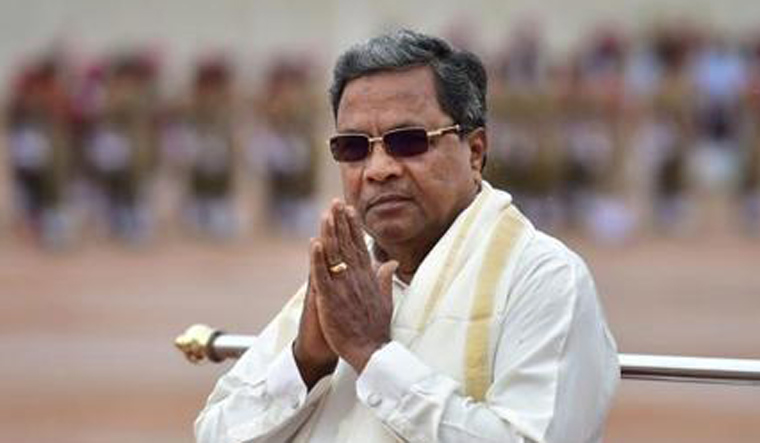 With exit polls forecasting an easy victory for the BJP in Maharashtra and Haryana and a rout for its rivals, led by the Congress, former Karnataka chief minister Siddaramaiah on Tuesday expressed suspicion about the credibility of the Electronic Voting Machines.

Exit polls varied widely in their projection of seats for the rival alliances, but were in no doubt about an emphatic victory with more than two-thirds seats for the BJP-led NDA in both the states.

Speaking to reporters at Hubballi, the senior congress leader said he had travelled via road from Solapur to Hyderabad when he had gone to Maharashtra for campaigning and the road condition there was "pathetic", despite Nitin Gadkari, who is Union minister for road transport and highways, hailing from the state.

There has no been development there in five years, he alleged. " ... don't know how people are voting them. I don't know,” Siddaramaiah said.

"I don't know why (the BJP is winning), they are misusing EVMs is what I feel...Election Commission of India is under them and functions according to their instructions, like CBI and ED are being misused, he said.

Pitching for the ballot paper process, he claimed several developed countries have gone back to this system.

"Results will be out on October 24, we will have to accept public mandate, what kind of verdict they will give I don't know," he added.

Alleging that the BJP was misusing the Election Commission, Siddaramaiah pointed out that the EC announced calendar of events for bypolls in Karnataka from December 5, but code of conduct was not put into effect immediately.

“What do you call it? What inference one could draw? Election Commission is functioning as per the directions of the central government,” he said.

Bypolls to 15 of 17 seats represented by disqualified MLAs, whose resignation and absence from the trust vote led to the fall of the Congress-JD(S) coalition government, will be held on December 5, and code of conduct will come into force from November 11.

The then speaker had disqualified them as MLAs, which they have challenged in the Supreme Court and the matter is likely to come up before the court on Wednesday.

Siddaramaiah also hit out at the B.S. Yediyurappa-led BJP government in the state and accused it of failing to provide proper relief to those hit by recent floods in the state.