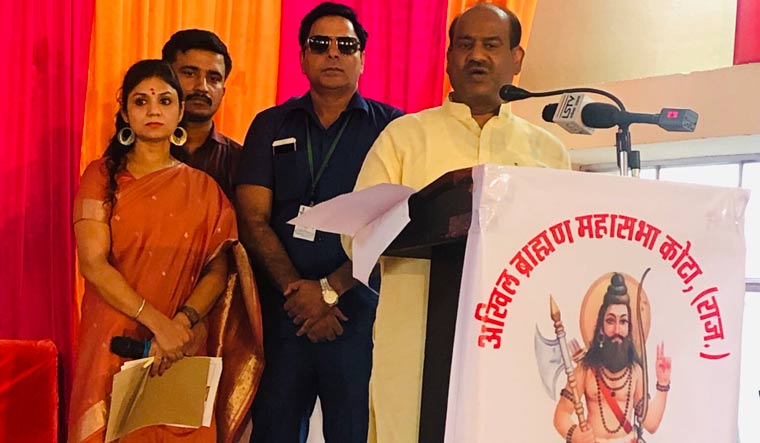 A number of opposition leaders have slammed Lok Sabha Speaker Om Birla over his comments praising Brahmins for their social standing at a function in Kota on September 8.

Speaking at a meeting of the Akhil Brahmin Mahasabha in Kota, his Lok Sabha constituency, Birla declared the “Brahmin community had always had a guiding role in the country.” Birla noted the role of the Brahmins in spreading education and values and argued they were held in high regard in society by “virtue of their birth”.

Later on September 8, Birla tweeted in praise of Brahmins, writing, “Brahmins have always held a high position in society. This place is the result of his sacrifice, penance. This is the reason why Brahmin community has always been in the role of guide.”

Sir, I am a Brahmin, but I think it’s preposterous to perpetuate caste and class distinctions and the superiority of one over the other. It is anachronistic. It has divided our society and fostered caste violence.

I suggest you withdraw your unwarranted remarks. https://t.co/KiR2YJytUN

Sanjay Jha, a national spokesperson of the Congress, criticised Birla's comments on Brahmins. Taking to Twitter, Jha wrote, “I think it’s preposterous to perpetuate caste and class distinctions and the superiority of one over the other... It has divided our society and fostered caste violence.”

This celebration of Indian caste system is not only condemnable but also cringe-worthy!

It's a joke on us that a casteist like him is our Loksabha speaker.

He should publicly apologise for this attitude. https://t.co/Wu2ZPKht3G

Senior Congress leader Kapil Sibal also targeted Birla. In a tweet, Sibal wrote, “It is this mindset that caters to a caste ridden unequal India”.

Gujarat MLA and dalit rights activist Jignesh Mevani slammed Birla's comments on Brahmins as a “celebration of Indian caste system”. Demanding an apology from Birla, Mevani tweeted, “It's a joke on us that a casteist like him is our Lok Sabha Speaker.”