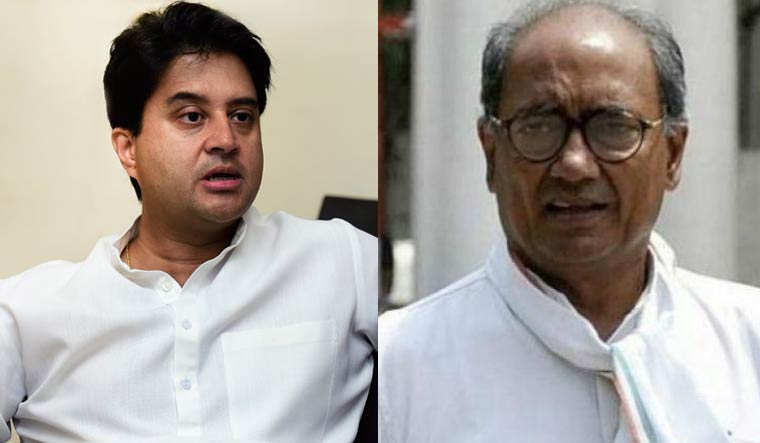 Congress interim president Sonia Gandhi has taken notice of the internal sparring in party's Madhya Pradesh unit and sought a report on the matter.

All India Congress Committee (AICC) general secretary in-charge of MP, Deepak Babariya, is slated to visit Bhopal to take stock of the situation and will submit the report after getting inputs from the MP Congress Committee (MPCC). “I will be in Bhopal next week and the report will be submitted after that,” Babariya told THE WEEK.

He added that any action on anyone will be decided only after the report is submitted.

Babariya said he has already advised all the party members including ministers and MLAs to keep restraint in their statements. “They have been advised that if they want to take up some issues, they should take it up on party platform. If party discipline is breached, they will have to face consequences,” Babariya said while talking to THE WEEK.

He also said that he had one-to-one talks with some leaders including state forest minister Umang Singhar. The internal sparring in the party heightened after Singhar's attack on ex-chief minister Digvijaya Singh. Singhar had called Singh 'a blackmailer', accusing him of being involved in illegal mining, illegal liquor trade and transfer-posting process. He had also written a letter to Congress chief Sonia Gandhi alleging interference in governance by Singh.

After Singhar's attack, a flurry of statements came from several ministers, MLAs and even senior leaders like ex-Union minister Jyotiraditya Scindia who came out in support of Singhar. Scindia said Singhar should be heard if he had some issues and urged Chief Minister Kamal Nath to resolve the matter after listening to both the parties. Scindia also said there should be no external interference in the government.

Kamal Nath himself has issued a statement that could be construed as in support of Singh. Nath asserted that he was fully in-charge of MP government as the chief minister and added that he kept seeking advice and opinions from different people including Digvijaya Singh.

Though Singhar went quiet before the media after meeting Kamal Nath two days ago, he kept the controversy boiling by tweeting a couplet late on Tuesday night. The couplet mentioned that if it is a matter of ethics, one has to take a stand, and if one is living, one should seem live.

Meanwhile, supporters of Digvijaya Singh burnt the effigy of Singhar before his house for the second consecutive day on Thursday. Also, posters supporting Scindia's name as the PCC chief were found torn near the PCC office in Bhopal.

BSP MLA Sanjiv Singh Kushwah attacked the Congress asking if they keep on fighting internally, how they would fight the BJP. However, another party MLA Rambai said it was an internal matter of the Congress and the BSP would continue to support the Kamal Nath government.

Meanwhile, another controversy erupted as two Congress MLAs from Gwalior-Chambal region targeted health minister Tulsiram Silawat, alleging that the minister sent the MLAs to his son for every work like transfers of employees and he (Silawat's son) sought money for doing the work. Gohad MLA Ranvir Jatav even said that if such situation continued in Congress, he would resign and join the BJP. Tulsiram Silawat refused to comment on the allegations, saying it was a 'family matter'.

The leader of opposition Gopal Bhargava gave another turn to the controversy by saying that if the supporting and independent MLAs were not happy with the Congress functioning, they should approach the BJP and support the party. “We will not initiate any step. We are also not in hurry to form government, but if some MLAs feel so, they can approach senior state and national level BJP leaders,” Bhargava said.

Responding to it, state public relations minister P.C. Sharma said Bhargava should stop worrying about the Congress and its supporting MLAs and rather keep tabs of his own MLAs as three more BJP MLAs are likely to join the Congress during the next Assembly session.