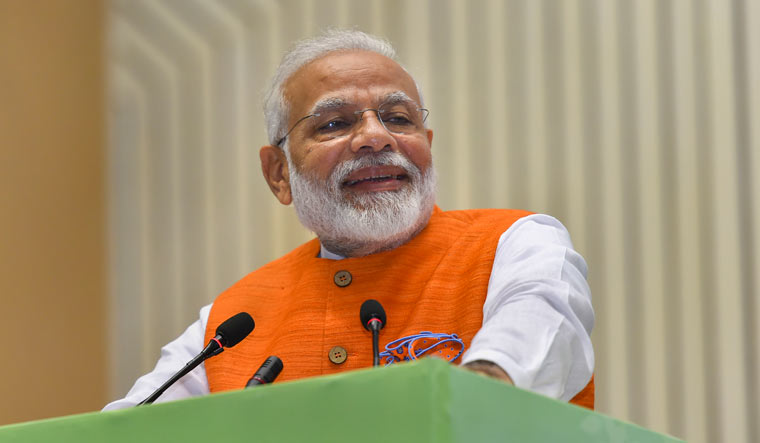 The prime minister has offered some well-directed medical advice to Haryana Chief Minister Manohar Lal Khattar for his sore throat: get it treated at one of the newly launched Ayush centres.

"These days the Haryana chief minister is touring villages and he is working very hard. I am seeing that he was unable to speak, this is the professional hazard we face. During poll time, even I have to go through this," Prime Minister Narendra Modi said while inaugurating 10 Ayush health and wellness centres in Haryana through video-conferencing.

"But I will tell you one secret, I do yoga, pranayam and bank upon Ayurveda, I make full use of these therefore I am able to manage. Now that Ayush and wellness centres have been inaugurated in Haryana, I will tell Khattarji to get his throat treated there," Modi said jokingly as Khattar burst into laughter.

Khattar was listening to the speech in Panchkula, where the Haryana government had organised a function. Several BJP MLAs and other party leaders were in attendance.

Khattar expressed his gratitude to the prime minister for inaugurating the centres.

Polls in Haryana are due in October and Khattar is touring the state as part of his 'Jan Ashirwad Yatra', which was flagged off from Kalka on August 18 by Union Defence Minister Rajnath Singh.

The yatra will culminate on September 8 in Rohtak, where the Modi will address a rally.