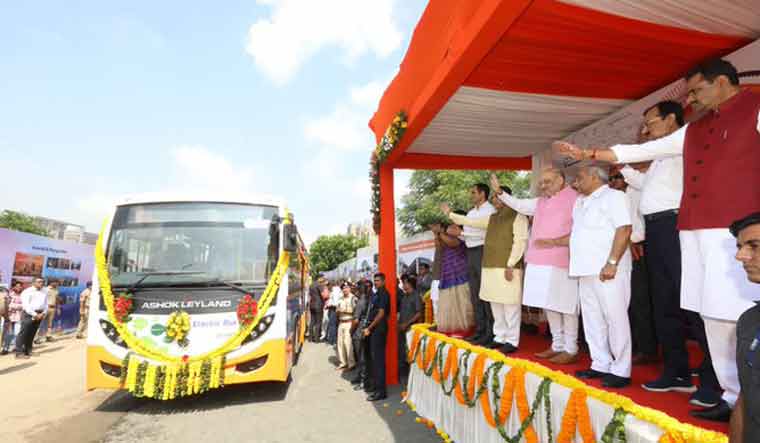 Ahmedabad City, which has got a Heritage City tag by the UNESCO, will have 500 electric buses in near future. At a function organised in Ahmedabad on Thursday, Gujarat chief minister Vijay Rupani said Gujarat will take a lead to give a push to call given by Prime Minister Narendra Modi to use electric vehicles. Rupani, however, did not give a time-frame as to when these 500 buses will be introduced.

In the programme, which was attended by Union Home Minister Amit Shah, eight electric buses were dedicated to the city. This is for the first time that Ahmedabad has got electric buses.

The programme also marked completion of the campaign to plan 10 lakh saplings in the city, while an estimated 24.60 lakh saplings have been planted in the district. He reiterated Gujarat's commitment to be a clean and green state with the introduction of electric vehicles.

Shah exhorted the masses to help make India plastic-free. The Union Home Minister, who is visiting Gujarat for the first time after revoking of Article 370, will take part in a convocation of Pandit Deendayal Petroleum University in Gandhinagar later in the day. Reliance Group chairman Mukesh Ambani will also be present.

Shah will also hold meeting with senior functionaries of the BJP. He will leave for New Delhi late in the night.